Orange just announced its first Medfield powered handset dubbed the Santa Clara. The Intel chipset powered phone will run on the Android platform. A 1024×600 resolution 4″ panel can be found on the handset alongside an 8MP snapper capable of capturing 1080p video. 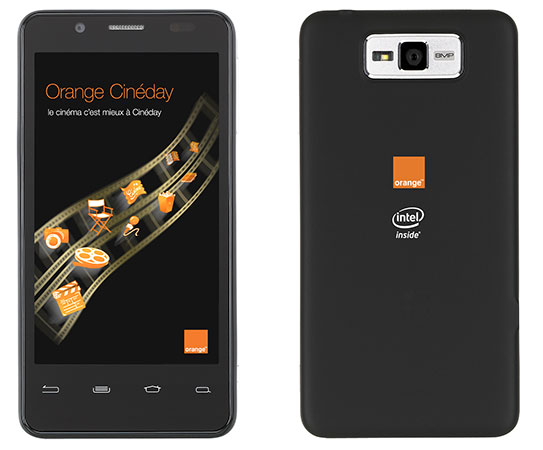 The phone runs on the Intel Atom Z240 platform which is clocked at about 1.6Ghz. On the network side , users can expect HSPA speeds of 21.1Mbps down and 5.6Mbps up. Video output is possible via  HDMI-out which is housed within the MHL port. Other features include mobile wallet features through NFC.