Droid-Life have got their hands on a photograph of a handset said to be the Motorola Droid 4. The Android based smartphone comes with a slide out 5 row QWERTY keyboard. The design is highly inspired by the recently launched Droid RAZR. 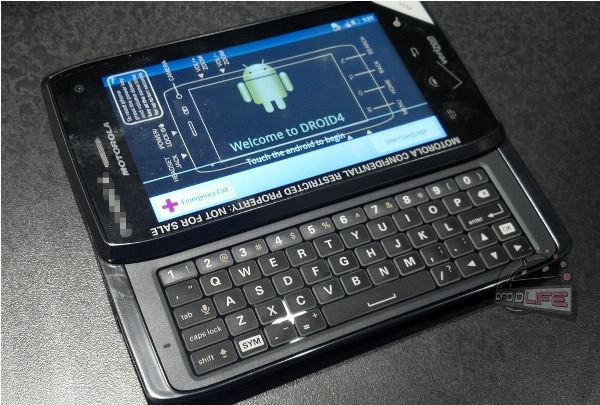 The phone is running Android Gingerbread 2.3.5 but should hopefully get an update to Ice Cream Sandwich soon after launch. Tentative specs include 4″ screen , HD 1080p video recording. A front facing camera is present but the Droid has lost its removable battery. The phone is said to support LTE connectivity alongside Webtop functionality. The phone should be announced in time for Christmas.