As per a new report that has come in, claims have been made that Dag Kittlaus (co-founder of Siri), who was in charge of overseeing Apple’s augmentation of the service, has departed from the Cupertino, Calif.-based company as the iPhone 4S is in the market and ready for sale. 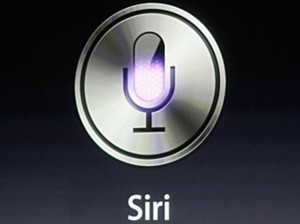 Siri – is a personal assistant application for iOS, was founded in 2007 by Dag Kittlaus (CEO), Adam Cheyer (VP Engineering), and Tom Gruber (CTO/VP Design), mutually with Norman Winarsky from SRI International‘s venture group. It has been insinuated that Apple amassed Siri for a whopping $121 million. Albeit the Siri team at Apple has departed with a talented leader, other executives that played a vital role in the progress of the app will still be at Apple.

As per All Things Digital, Kittlaus departed from Apple, right after the iPhone 4S was released previously this month. The reason that is given is that Kittlaus wants to spend more time with his family in Chicago and to set up newer ideas, reported by AllThingsDigital.

The crux of the Apple’s iPhone 4S, Siri aids users in sending e-mails, placing calls; search the Web, to give out voice instructions to the iPhone, which are then processed by the service.