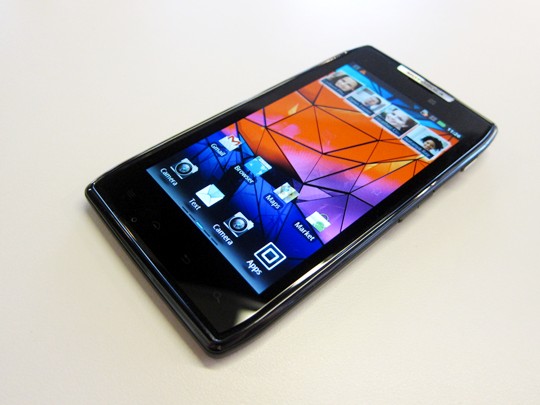 This morning I had the chance to play with Motorola’s newest Android smartphone – the RAZR. The impossibly slim smartphone is the thinnest I have ever held. At 7.1mm thickness, the RAZR best the Galaxy S2 by a full 1.4mm.

The RAZR’s specs are typical of what to expect from a late 2011 smartphone. Beneath the glossy and stylish metal exterior lies a Texas Instrument OMAP 4430 SoC with dual core 1.2 GHz ARM Cortex-A9 processor and PowerVR SGX540 GPU. In essence the RAZR is a DROID Bionic reborned for the international market after a diet and slight speed upgrade. 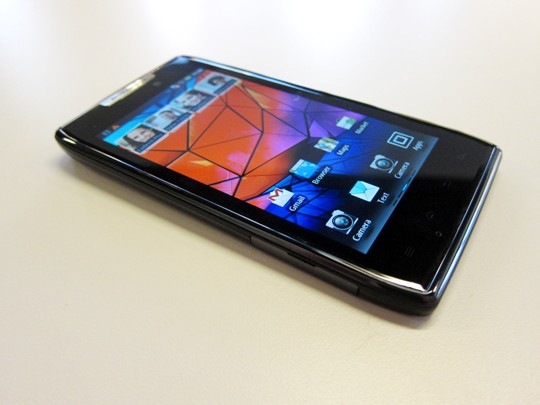 The generous 1GB RAM ensures that the modern RAZR is a well capable multi tasking machine. With a microSD card slot you could theoretically expand the storage by an additional 32GB to augment the built-in 16GB of storage. The RAZR is also one of a handful of smartphones to only accept the micro SIM card.

Built quality wise the RAZR feels extremely solid. The Kevlar-wrapped back not only looks stylish, but looks like it could take a beating. A Corning Gorilla Glass, while not exactly scratch proof, protects the screen from light scratches. The sides are made of aluminum. Despite the fair use of metal inside and outside, the RAZR is considered lightweight, weighing in at a featherlight 127g. 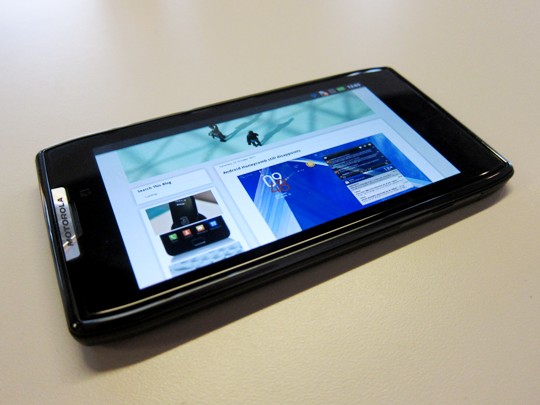 Motorola has claimed that the RAZR is splash proof due to a type of nano coating that is used throughout the phone – so while it wouldn’t exactly survive a dipping in a glass of water like the Motorola DEFY, the RAZR could easily handle usage in the rain. At the thinnest section the RAZR is only 7.1mm in thickness. Only the part that houses the 8MP camera module and loud speaker is thick.

The 4.3″ Super AMOLED display has a resolution of 540 x 960, a tad higher than the 480 x 800 resolution that dominates most Android smartphones, but falls short of Samsung’s recently announced Galaxy Nexus. Still with a pixel density of 256 ppi, the screen is sharp, though not quite near Apple’s retina level. The capacitive touchscreen is responsive, as are the four touch sensitive buttons below the display. 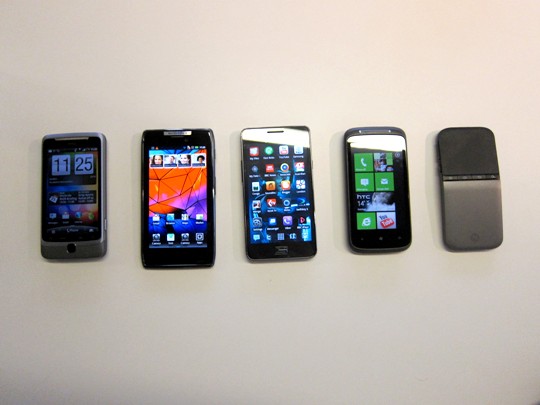 View angles are great indoors and colour saturation is great, somewhat expected from a Super AMOLED display. Unfortunately the pixels are made up of PenTile Matrix subpixel technology. This means some blurring, particularly from texts, are expected. Fortunately most people may not notice the the PenTile Matrix stripe. I however did. On the plus side, the RAZR’s screen is brighter than even the Samsung Galaxy S II.

Despite being the slimmest smartphone, the RAZR ships with a staggering 1780 mAh battery. Battery tech has not improved much and with the RAZR packing plenty of high end specs components, as well as a LTE radio (in the US version), the battery will ensure that it should last a day with medium usage. It is a shame that the battery isn’t user replaceable. 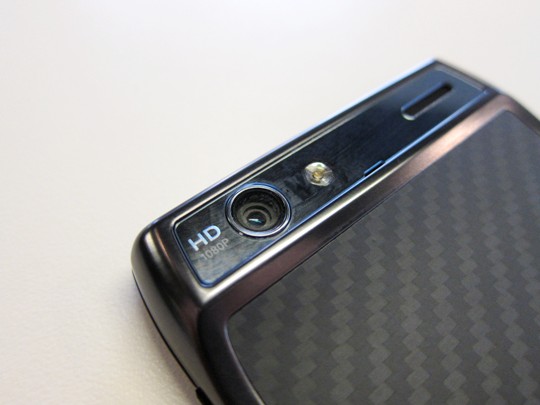 Powering the RAZR is Android Gingerbread 2.3.5. While it is disappointing that Android Ice Cream Sandwich 4.0 isn’t loaded, this isn’t the fault of Motorola. We have always known that Google would always release the latest version of Android on their flagship Nexus series, in this case the Samsung Galaxy Nesus. Still Motorola has promised that ICS will be made available to the RAZR in the first half of next year.

The 8MP camera module has a fast f2.4 lens. It is not known if the sensor is a back- illuminated one, but from my brief test it works great and is easily on par with the Galaxy S II. The camera is also capable of recording 1080p video in 30fps. Attached below are a couple of unedited still samples and a video sample in 1080p. Image quality is good with very few noises. The amount of details captured, particularly in daylight, is excellent. 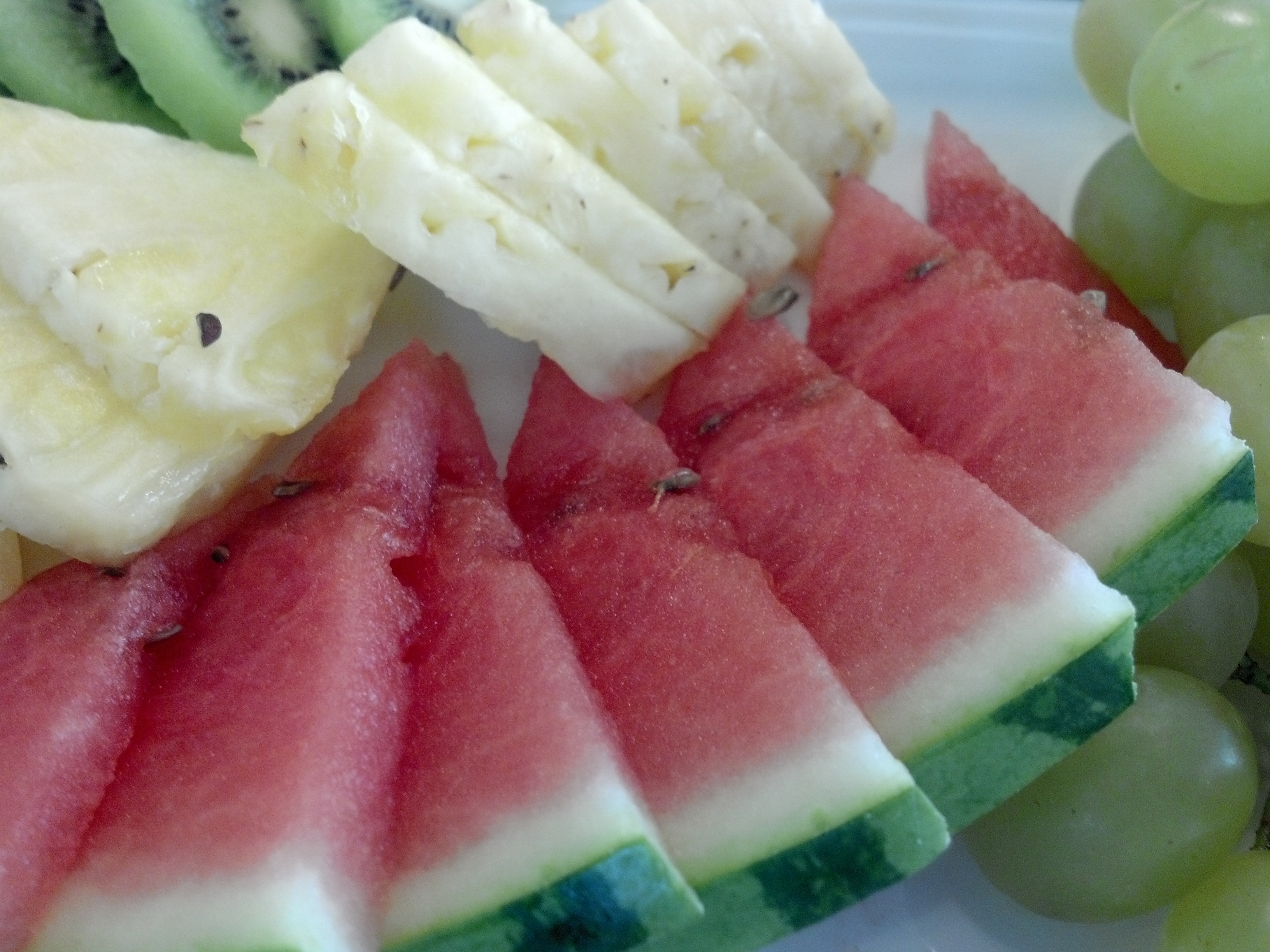 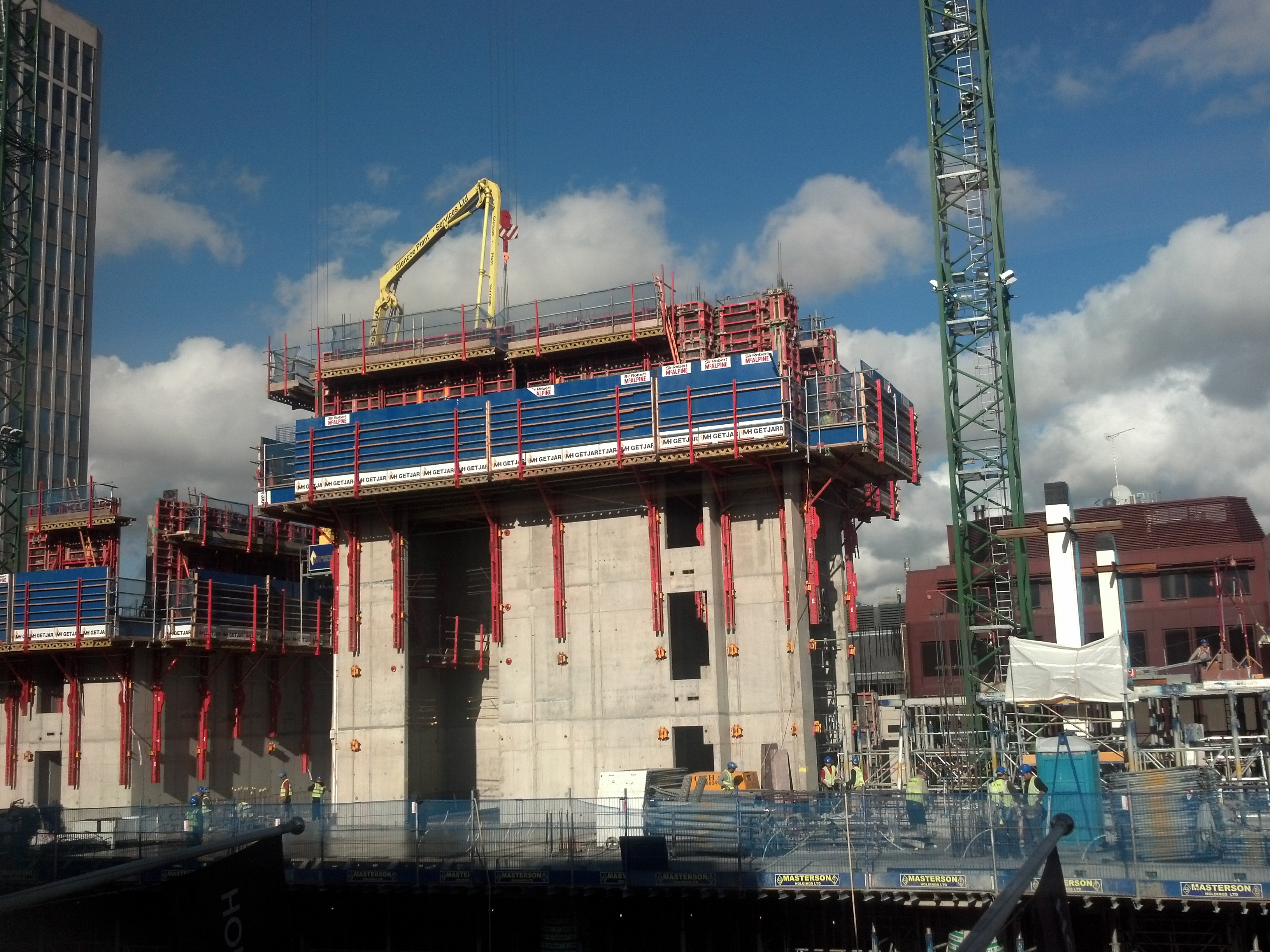 Despite being paired with the best possible hardware, past Motorola smartphones I have tested has always felt slow and laggy. This may be due to lack of optimisation or the customisation by Motorola. Yes folks, the hate it or love it MOTOBLUR is here. Fortunately thanks to the dual core processor, MOTOBLUR rarely stutters. In fact MOTOBLUR breezes through.

Motorola has bundled a couple of rather nice applications. Motocast for example is a peer to peer client that users can use to stream media over from their home or work PC. Music, videos and even documents can be accessed. The app is integrated into the file manager. Another neat app is Smart Actions which is designed to automate actions. Actions can be trigged based on a set of triggers such as locations, WiFi SSID and time frame.

The Motorola RAZR is currently shipping to retailers and is expected to be available for consumers to purchase in the next couple of weeks, at least in the UK. By default the RAZR’s bootloader is unlocked. However Motorola’s customers (the networks) have the option to lock it.

Combined with the large display, superior materials, the RAZR is easily one of the most stylish smartphone I had the pleasure to hold. Everything about it exudes class.

Expect a full FoneArena review of the Motorola RAZR in the near future.