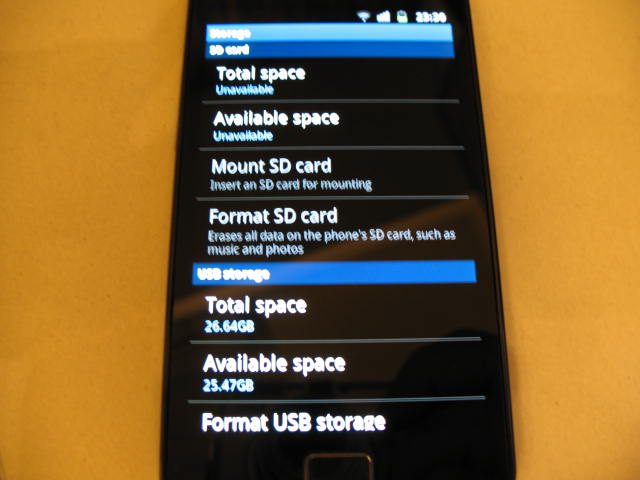 So far the Samsung Galaxy S II has been enjoying incredible sales and with the white version coming soon, the numbers are only set to increase. But even the white one is expected to come in 16GB version. The 32GB version that was promised during the announcement is still unavailable.

However a customer might have accidentally received the 32GB model as the picture above suggests. We’re not sure how exactly it happened but we had a similar case when a customer received a white iPhone 4 before it was released.

It shows the Total Space as 26.64 GB and here is the firmware information according to the owner.