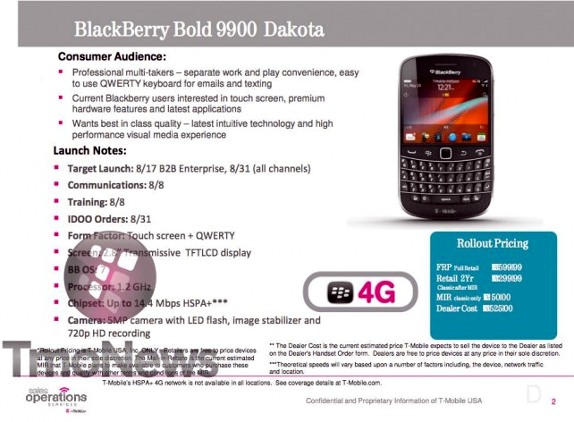 The Blackberry Bold 9900 for T-Mobile price has been . According to the leaked image from the tmonews, the Blackberry Bold 9900 will cost $299.99 after $50 Mail In Rebate (MIR) with 2 year contract. T-Mobile has already announced in May that the phone will be available later this year . This will be T-Mobile’s first 4G BlackBerry handset with HSPA+ capability up to 14.4Mbps.

The Blackberry Bold 9900 will launch on 31st August on T-Mobile. Don’t forget to check out our hands-on photos and video of the BlackBerry Bold 9900.