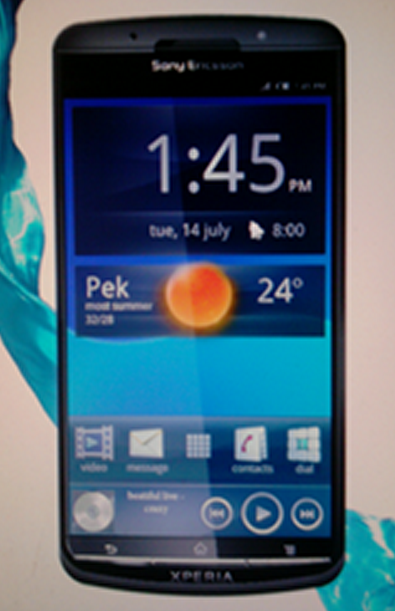 Sony Ericsson is pretty late to the Dual Core phone party but looks like the company might be working on a Dual Core phone which is expected to be called the Xperia Duo according to a rumour. The device looks pretty similar to the ARC with a slightly bigger display.

It has 3 keys for back, home and menu similar to the Arc. Are you looking forward to a Dual Core SE phone ?

We are not sure whether it’s legit , so do take this news with a grain of salt.