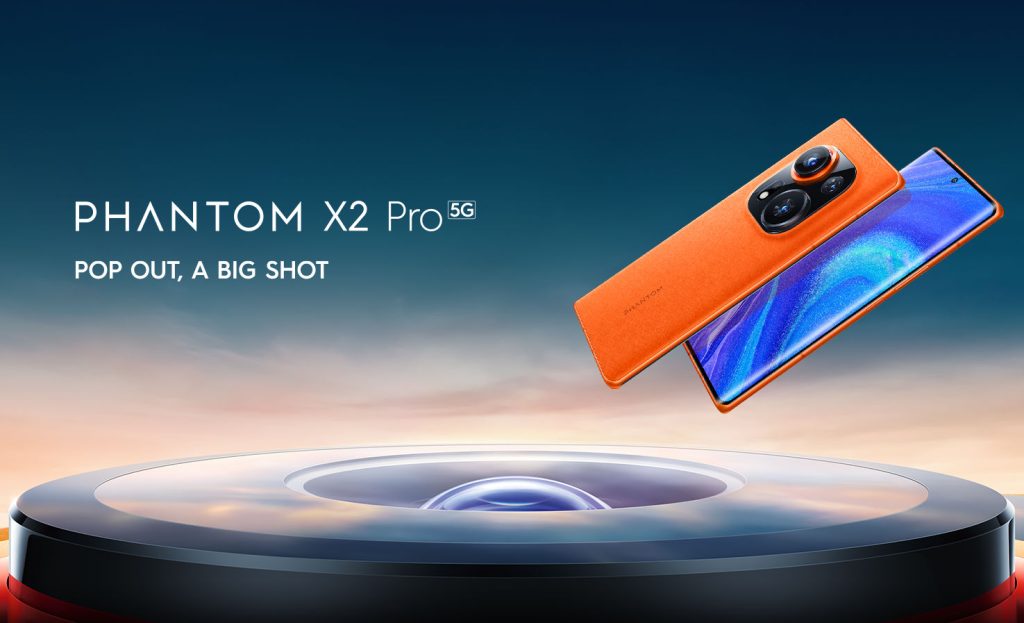 Smartphone maker TECNO, better known for its budget and affordable smartphones, is the latest brand to enter the premium smartphone segment. The company unveiled it’s MediaTek Dimensity 9000-powered Phantom X2 and X2 Pro in an event earlier this week.

Apart from the new and powerful chipset, the two devices have a lot in common – from a large 6.8-inch curved AMOLED panel boasting a 120 Hz refresh rate, 360 Hz touch sampling rate, and an in-display fingerprint sensor. 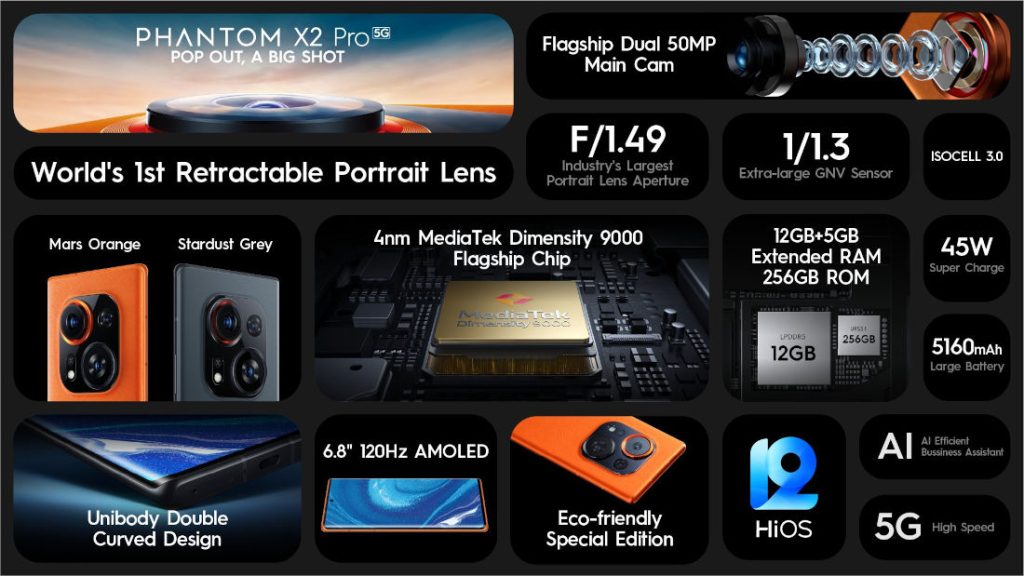 The Phantom X2 Pro, however, is the world’s first-ever phone with a retractable portrait camera. This mechanical camera module looks to mimic the camera performance of professional-grade cameras. It also ships with 12GB of DDR5 memory while the vanilla Phantom X2 comes with up to 8GB of RAM. The phone also has 5GB of virtual memory to help boost performance when required.

Aside from the two phones, TECNO also showcased its AIoT devices including a pair of TWS earbuds, a Router, and more. TECNO also debuted its first-ever laptop dubbed Megabook S1 at the same event. This thin and light laptop comes with a 15.6-inch display, boasting a 3.2K resolution, 120 Hz refresh rate, and 100% sRGB coverage. The Megabook S1 ships with Intel’s 12th gen Core i7 processor coupled with up to 1TB PCIe 4.0 SSDs and 16 GB of LPDDR5 RAM.

The Indian pricing of these new devices has not been revealed as of now, however, the company plans to price them aggressively.

All three devices heading for an India launch 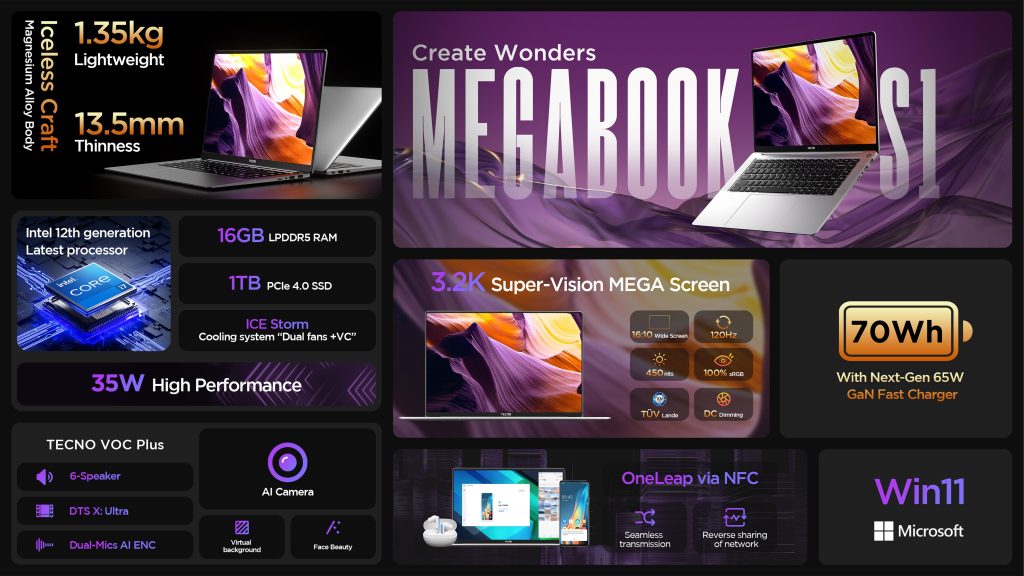 While the three devices were introduced in Saudi Arabia first, the company has confirmed that the trio will be launching in India soon. The TECNO Phantom X2 is likely to launch sometime later this month, while the X2 Pro is expected to debut in India in January next year.

The Megabook might also arrive in H1, 2023 though the company is said to have done the market study and is all set to introduce its first-ever laptop in the Indian market.

Speaking to Fonearena, Arijeet Talpatra, CEO of Transsion India, said that the phones are launching currently with Android 12 out of the box, however, by the time the devices make their way to India, we might see them shipped with a stable version of the latest Android 13.

He also confirmed that the two phones are slated to receive Android 13 and 14 updates in due course. Mr. Talpatra also promised faster software updates for the existing and upcoming TECNO phones in the country.

Highlighting the gradual shift of the consumer base from sub-Rs. 15,000 price bracket to Rs. 30,000 price range as one of the key reasons why the company decided to test the waters in the premium segment, Mr. Talpatra told us that the company has multiple premium devices in the works which will be launched later next year.

He also did not rule out the possibility of launching a TECNO-branded foldable phone, which could democratize the segment altogether.