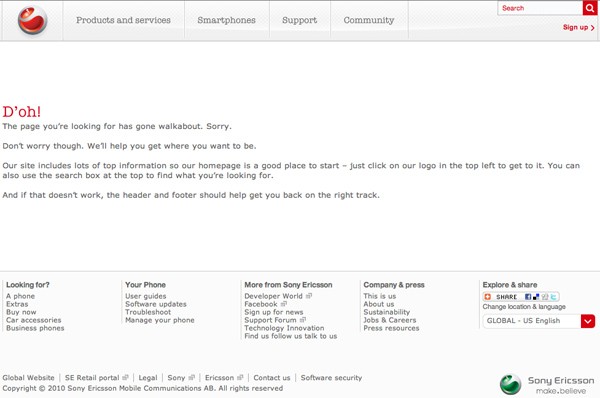 Sony seems to be facing a lot of problems with hackers these days. After the breach in the PSN (Playstation Network), now the Sony Ericsson Canadian Store has become the latest in the series of attacks from hackers.

The personal information of around 2000 consumers have been stolen from the Canadian store The information that was stolen includes emails, password and phone numbers.

All four sites have been temporarily shut down.