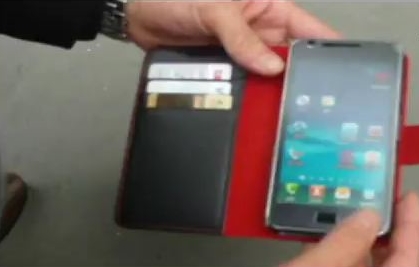 The are 2 videos captured to demonstrate a case made for the Samsung Galaxy S II. The videos show the Korean version of the Galaxy S II in action along with the case.

The case is called Attention K and is made by K Jacklyn. The case seems to have some other cool features:

But the main feature is the amount of protection it provides. The video shows the Galaxy S II being dropped from different levels of a building and still surviving the drops and working perfectly. If the video is to be believed, that’s one hell of a case. Watch the videos to see what we’re talking about. BTW if you see the second video you will notice that the Korean version of the Galaxy S II has an antenna.