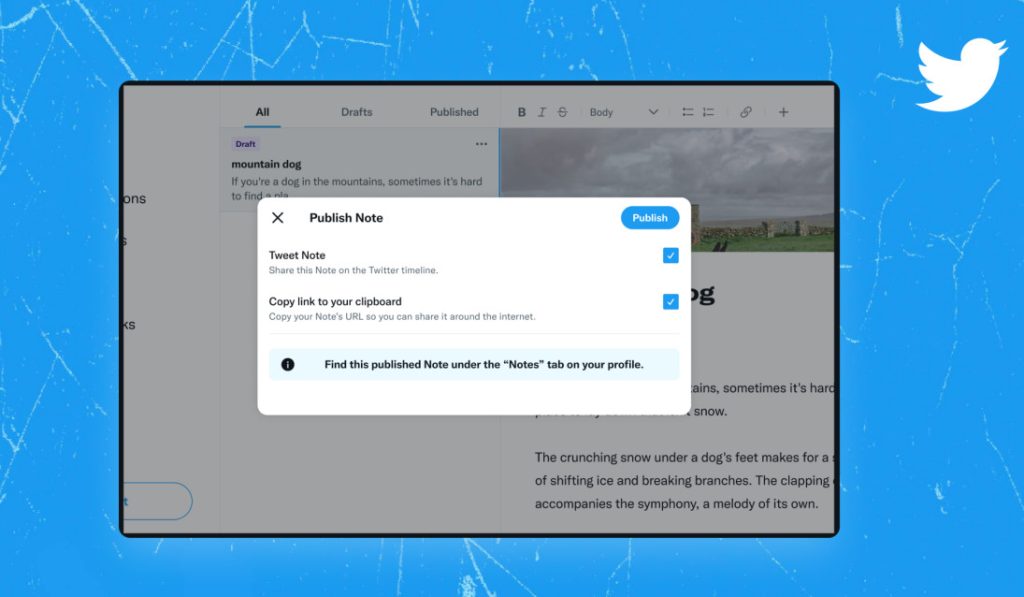 Twitter, a microblogging platform, has announced a new feature that will enable users to create long-form content in the form of ‘Notes.’ This is part of the Twitter Write composer tool.

A small group of writers are helping us test Notes. They can be read on and off Twitter, by people in most countries. pic.twitter.com/IUVVkr2vnl

Users can begin writing a note by clicking the “Write” tab, and when finished, they can embed the note into their tweet. The feature is currently being tested with a small group of writers in the United States, the United Kingdom, Canada, and Ghana, and people “in most countries” can read notes on and off Twitter.

Notes will be displayed in the timeline alongside other tweets using a note card that contains a preview of a note link. When the link in the card is clicked, the writer’s note is displayed. Twitter currently allows writers to use 100 characters for the title of a note and 2,500 words for the body of a note.

Notes, like tweets, can be interacted with via comments, retweets, or quote retweets. A note’s author will also be able to edit it after it has been published. The ‘Edited’ label at the top will alert readers that a Note has been edited.

This appears to be an excellent addition to the platform, and it will be beneficial to writers as well as businesses and individuals who need to convey a lengthy story or information. Twitter currently allows only 280 characters per tweet, and users post in threads when conveying lengthy information. We’ll have to wait for the feature’s official mass rollout to get our hands on it.

Source (Visible only in select countries)