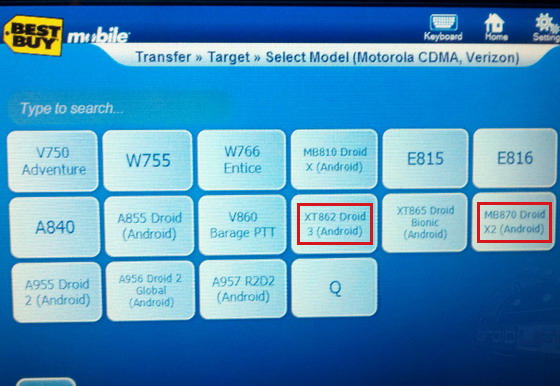 Motorola is currently leading the Android race in USA, where their Android devices are one of the most selling; Droid X and Droid are worth mentioning. We showed you some leaked shots of Droid 3 which is a successor to Droid series and it will be out around summer or maybe later. And also the Droid X2, which is almost just like Droid X, but it comes with some major changes under the hood. It looks like the launches of both devices are around the corner as their showing up in BestBuy inventory system. In the image above, you can see Droid X2 and Droid 3 are showing up with other Droids. Rumors are on the street that both devices are not LTE capable, but my personal guess is that they both are. Droid X2 is just like Droid X, so launching it without LTE is just useless, and all latest Verizon smartphones are LTE capable, so I am sure their famous Droid series successor will also comes with it. The devices will feature a qHD resolution display and Android 2.3 or maybe Android 2.4.

I hope Verizon will give a pleasant surprise to their customers by launching these two new devices soon. So who’s looking forward to it, anyone?