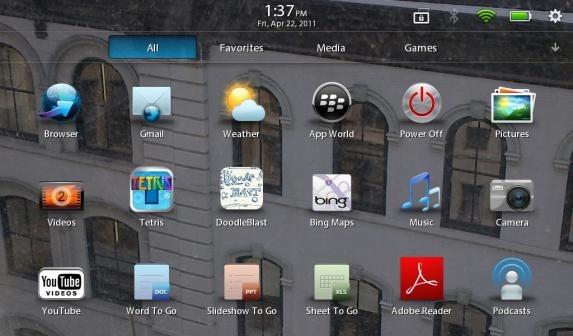 The BlackBerry Tablet aka the Playbook went on sale last week in U.S.A and initial sales have been estimated at around 50000 units on day one. Most initial reviews liked the hardware and UI but complained about the lack of native email and messaging.

RIM has promised that an update will fix most of the shortcomings present at launch.And guess what RIM has already rolled out 2 huge (>200MB) firmware updates for the Playbook according to Business Insider including an update which adds a onscreen power-off button to satisfy users who were finding it difficult to use the physical power button. Hope the device gets native E-mail and BBM soon !