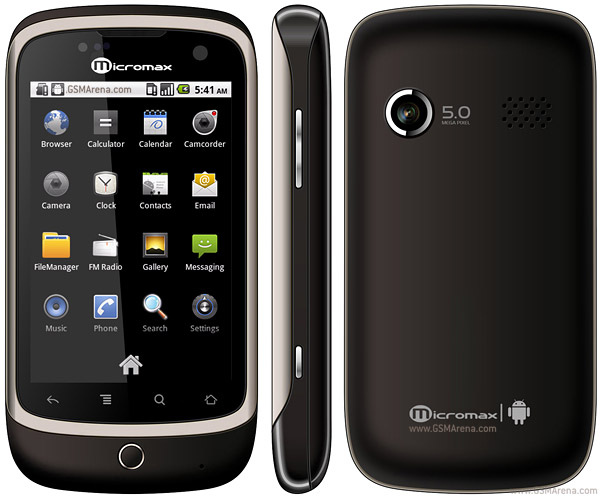 Micromax launched a really low-cost Android phone the Andro last year. Now the company is set to release the successor to the device in the form of the A70 as the specs of the device have been posted online.The design of the A70 looks a lot more attractive than the A60 but it looks inspired by the Nexus One especially the menu keys and trackball. Specs wise the device runs on Android 2.2 and sports a 320×480  pixel display. It supports 3G, Blueooth and WiFi and packs a 5 MP Camera on the back. The screen still seems to be a resistive one which is a let down but the pricing of the device is expected to be around Rs.7000-8000. Looks like Micromax is boarding the Android train with both A70 and Bling 2 lined up.