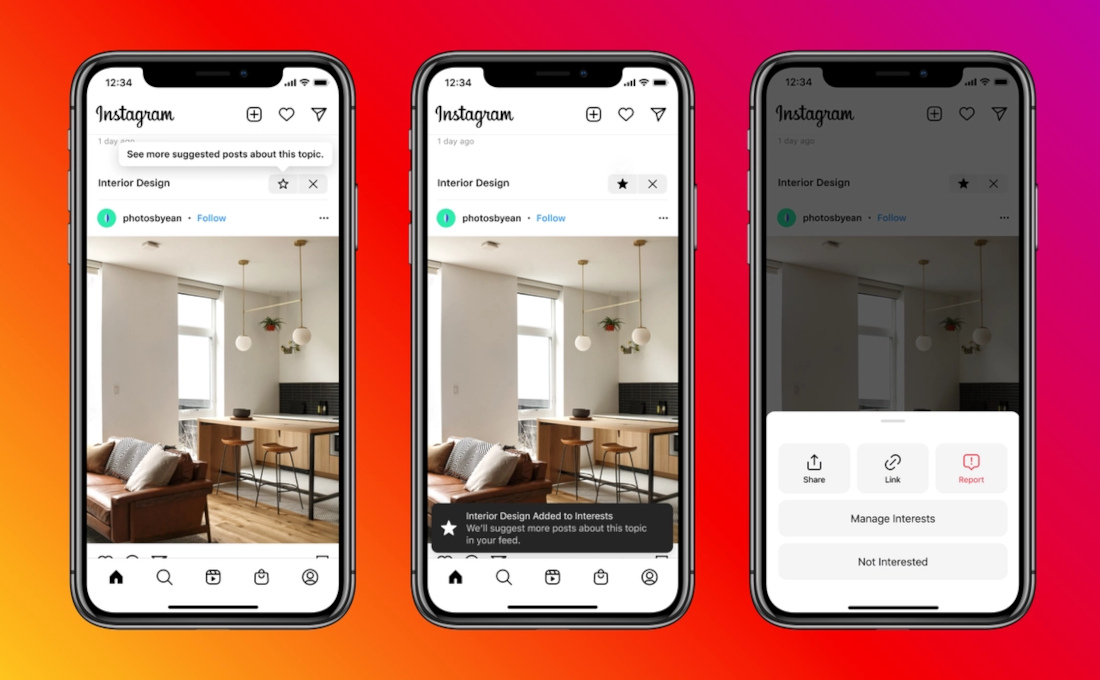 Instagram introduced a new feature called “Suggested Posts” last year, where the app would show recommended posts at the end of the feed, from accounts that a user does not follow. Instagram is now working on expanding the feature to start showing these suggested posts in between posts on the regular feed.

At the moment, when a user reaches the end of their feed with accounts that they follow, Instagram will show a “You’re all caught up” message as an indicator. Beyond this, suggested posts will begin showing up that are based on personalized data collected by Instagram about the user.

Now, suggested posts are being tested in between the feed regular feed posts, and to provide users with a better experience, Instagram will also be testing a feature where users will be able to select certain categories as interests. If a user doesn’t like a particular interest, they can toggle it off. 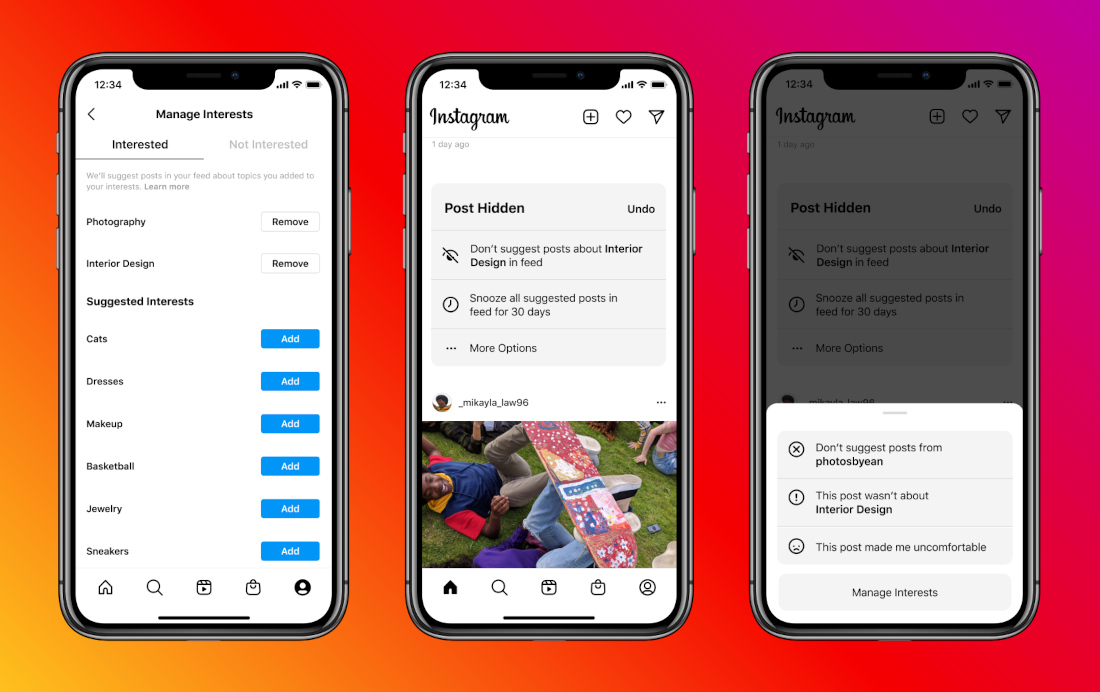 Another feature that Instagram is testing is an option to temporarily snooze the Suggested Posts feature for 30 days. Unfortunately, there does not appear to be a way to permanently turn off the feature, which is expected as Facebook, Instagram’s parent company, will prefer having users stay on the app for as long as possible.

The test is being conducted with a limited set of users, and may get rolled out to everyone once the test is complete.