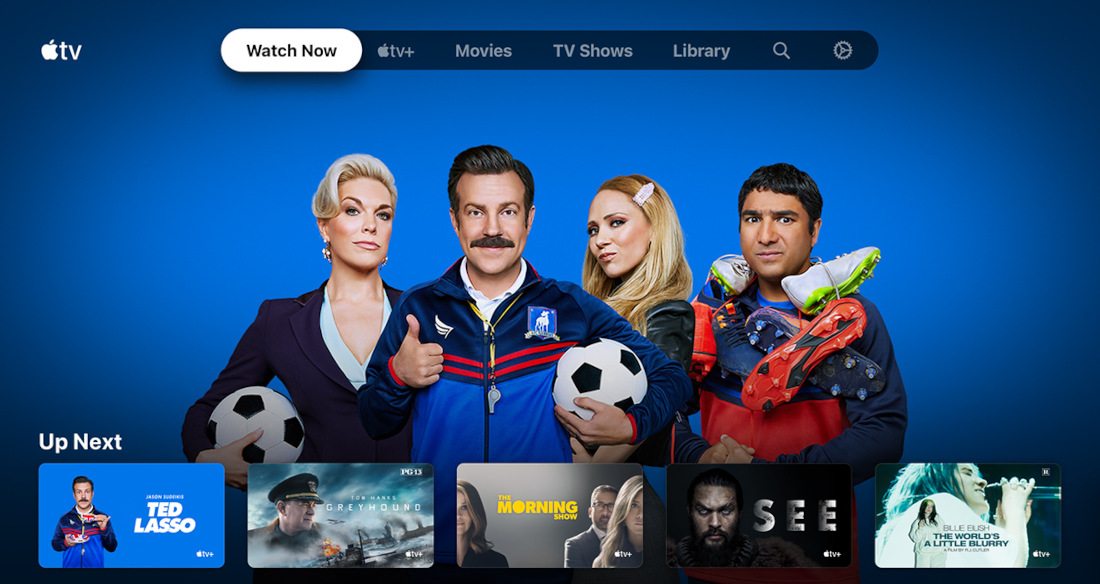 When Apple first launched their new Apple TV app and their Apple TV+ subscription, it was supported on a few platforms, including all iOS and Mac devices, select Smart TVs and streaming devices. The app is now natively supported on the NVIDIA Shield and the Android TV ecosystem.

With access to the Apple TV app and the Apple TV+ subscription, users can access a wide-variety of content, including Apple originals like Ted Lasso, The Morning Show, For All Mankind and Servant; as well as movies like Greyhound, Palmer and Wolfwalkers. It features many ad-free Apple TV channels too, such as AMC+, Paramount+ and Starz.

The Apple TV app will also support streaming Dolby Vision content and support Dolby Atmos, for a great cinematic experience. Since it is supported on the NVIDIA Shield and Android TV, it features hands-free control capability through the Google Assistant.

The Apple TV app can be installed for free from the Play Store starting today for the NVIDIA Shield and on any Android TV model, including Android TV boxes.