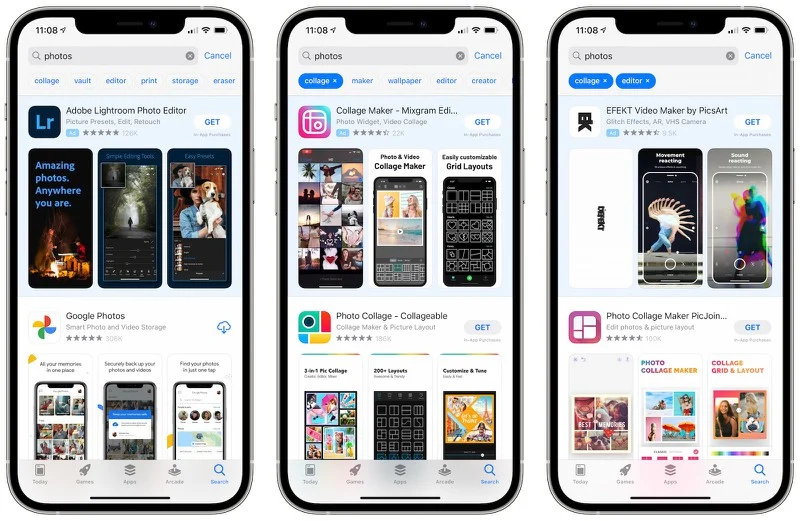 Apple has begun rolling out a new feature in their App store called Search Suggestions. The feature has been implemented in the form of tags and is designed to help users search for apps based on certain categories and attributes.

Since the App Store was launched back in 2008, it has grown significantly and now lists more than 2 million apps. With this many apps, it can sometimes be difficult for users to find they want.

Select (or deselect) multiple suggestions to refine your search so you can find even more amazing apps and games.

Search suggestions roll out today starting with the USA, Canada, the UK, and Australia. pic.twitter.com/viaZHlCZMb

To solve, Apple has introduced Search suggestions which can be used to refine the search for an app. They appear in the form of tags, which contain certain terms like ‘puzzle’, ‘camera’, ‘food’, etc. As the user selects a particular tag, they can further select more tags that will narrow down the search. For example, selecting ‘Food’ and then ‘Delivery’ will narrow the search results to food delivery apps, speeding up the process of finding an app.

The feature was first spotted earlier by multiple users who have been using iOS 14.5 beta, and then it began showing up for more people. Now, it is rolling out today to users in the USA, Canada, the UK, and Australia, and will roll out to more regions soon.