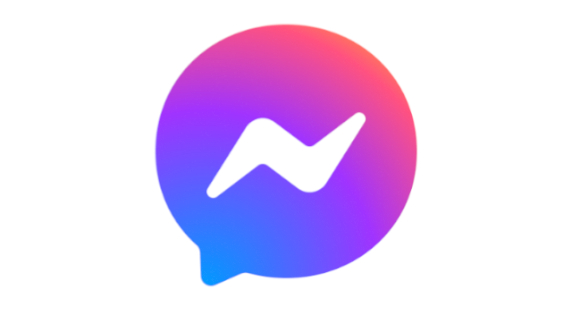 Facebook is no stranger to copying features from other social media apps, and it was only a matter of time before they decided to develop their own version of the popular Clubhouse app. Now, new screenshots of the feature in its development process have surfaced, showcasing Facebook’s vision for their own audio-room focused experience. 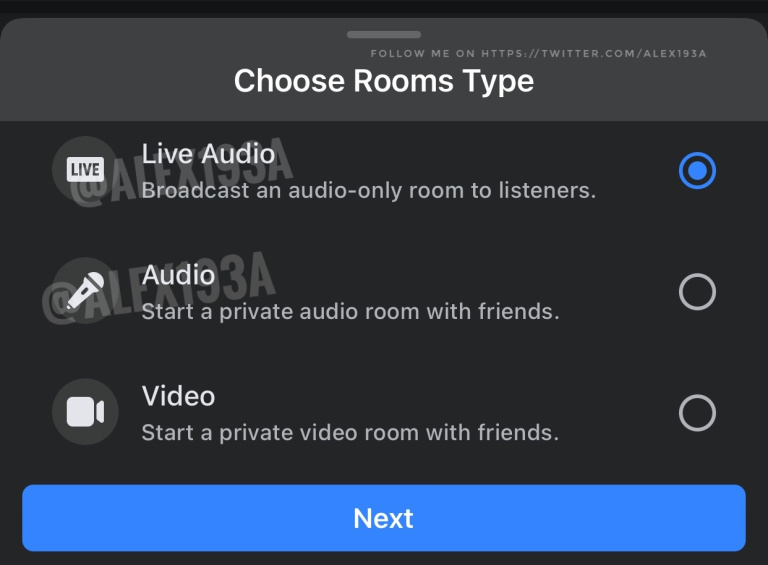 Instead of creating a dedicated app for audio rooms, Facebook is looking to simply extending their existing Messenger Rooms feature to include support for audio rooms. The feature is reportedly in development internally and a reverse engineer named Alessandro Paluzzi discovered it while looking through the Android Facebook app’s code.

The screenshots show two options when creating a room in the Messenger app – “Live Audio” and “Audio”. The former allows users to create a room that broadcast audio to wider group of listeners, while the latter option allows users to create private listening rooms. Live Audio will have shareable link that can be shared anywhere through social media. 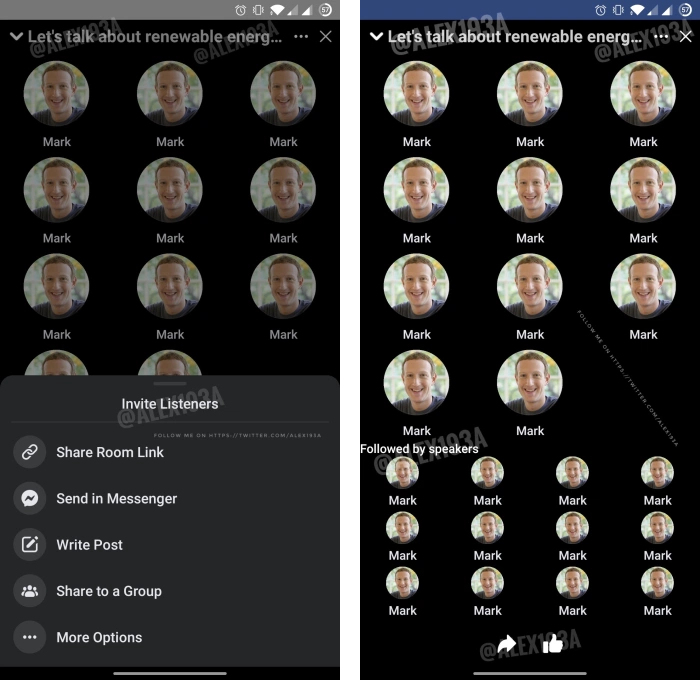 In a Live Audio room, speakers will be shown in the top rows in larger circles, while the listeners will be represented by smaller circles down below. 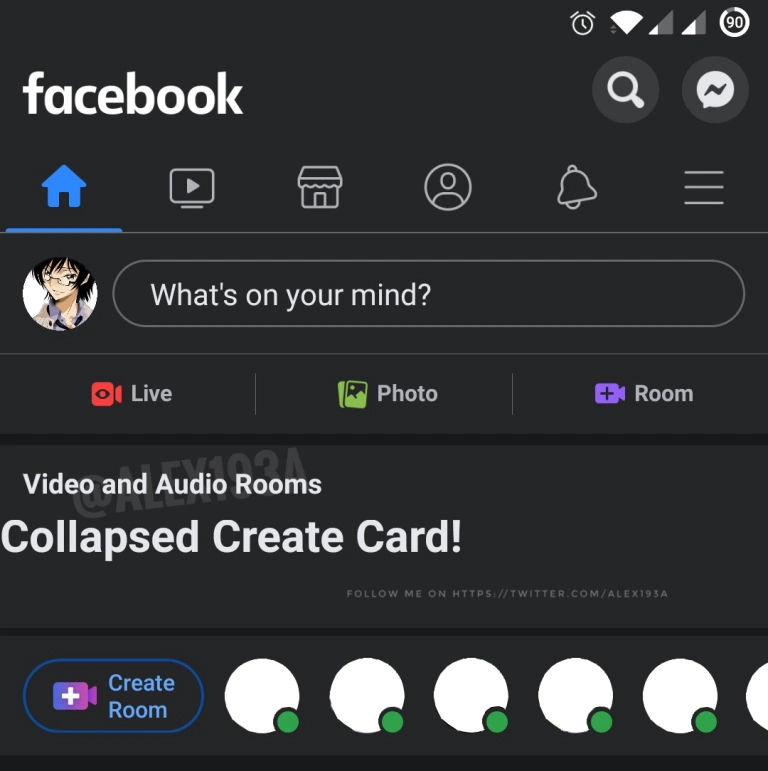 Since the feature is being developed within Messenger itself, it will be integrated with Facebook too, which means the audio room will be directly accessible from Facebook.

A Facebook spokesperson did confirm that they are developing a competitor to Clubhouse, however these screenshots do not represent the final product. They are mock-ups of sorts created by Alessandro Paluzzi based on the code that he found within the Facebook app. It is very much possible that specific elements and functionalities change, or may even be dropped.