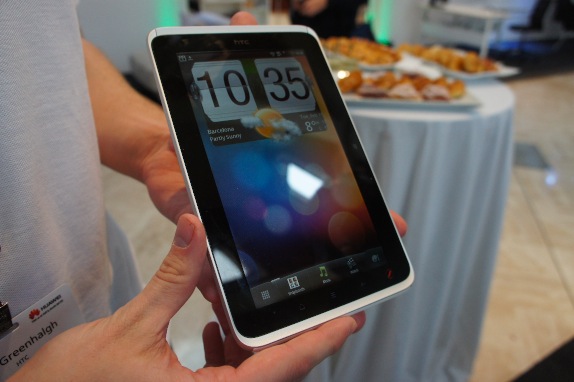 Back at the Mobile World Congress, HTC announced their first ever Android powered tablet which is known as the HTC Flyer. HTC Flyer is an impressive device and you may have seen our hands-on video. We told you a few days ago that HTC will officially launch it in April and we also told you that the tablet will go for 499 Euro which is approximately $700. In USA, BestBuy will be carrying the Wi-Fi version of it. Yesterday, Sprint also announced the HTC EVO View 4G, which is actually Sprint’s version of the HTC Flyer.

HTC Flyer comes with some good features. HTC fans were actually expecting a Honeycomb tablet, but HTC Flyer is running on Android 2.4. So hopefully, HTC will also launch tablets with Honeycomb. Have a look on the specs of HTC Flyer: