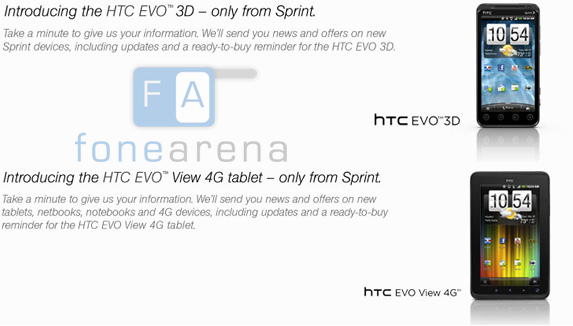 While the EV0 3D seems to be an exclusive launch for CTIA , the EVO View 4G tablet seems to be a 4G version of the HTC Flyer tablet which we saw at MWC 2011. The Flyer was had a silver bezel but this one has it in all black. So may be this is different model ?