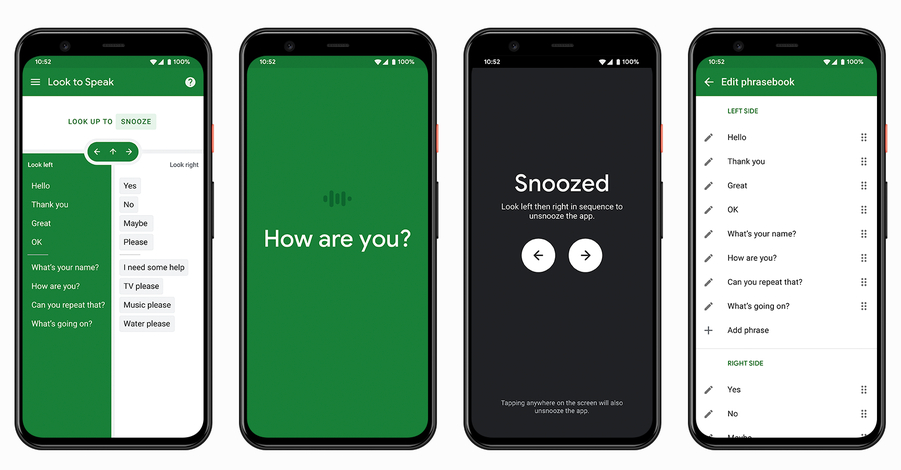 Some of the most useful functions for a smartphone are the wide variety of accessibility options that it can offer to users with disabilities. Google has just announced a very helpful new feature called Look to Speak, which is designed to help those with speech and motor impairments by helping them communicate with their eyes.

The function of the app is quite simple. It lets people use their eye’s movement to select and communicate pre-written phrases through the smartphone. The app is part of the “Experiments with Google” platform and has now become a full-fledged app available for anyone with an Android phone.

The way it works is quite simple and intuitive. The screen is divided into three sections, each accessible by either looking left, right or looking up. On the left and right side, there are lists with pre-written phrases, which the user can select by looking left or right respectively. The selected list is again split up and shown on either side and the process continues until a single phrases is selected and the phone will say it out loud.

At any point if the user wants to cancel the process, they only need to look up. Looking up at the home screen will also activate a snooze option if the user does not wish to use the app temporarily. And of course, there is the ability to customize the phrases to the user’s wishes.

The app is available to anyone with an Android phone running Android 9.0 and above and can be downloaded from the Google Play Store.