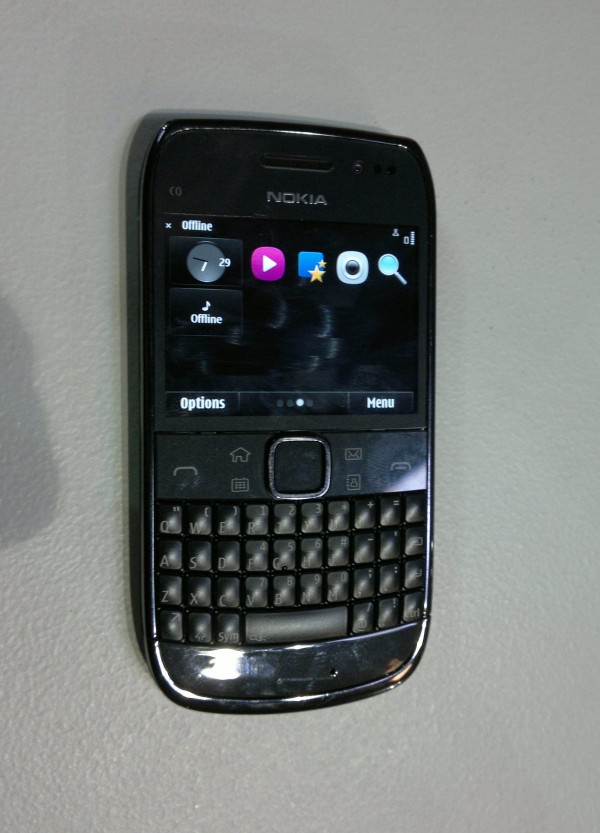 Last month, we brought to you the leaked pictures of the Nokia E6-00. Now here’s another leaked picture of the phone in another colour variant.

The phone was rumoured to be announced during MWC (Mobile World Congress) in Barcelona last month. but no phones were showcased by Nokia.

The picture also showcases the phone working. There seems to be four homescreens and a new set of icons.

We do not know much about the device but seeing a leaked device in another colour is good news as its existence is more certain.

The phone has an 8 Megapixel Camera with Dual LED Flash. It is not known whether the camera will have an autofocus or have EDOF technology.

Some rumours also indicate that the screen is touch sensitive but we haven’t received any confirmation so far.

We will keep you updated on more information regarding this handset.