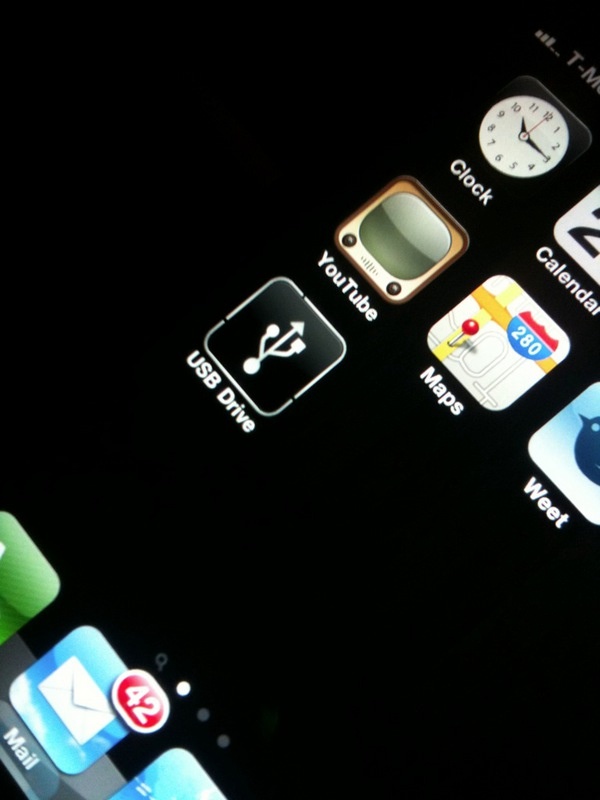 The above screenshot shows the USB Drive functionality in the Apple iPad 2. Apple is set to announce the iPad 2 today as we already told you earlier.

UPDATE : This is USB Drive from Cydia running on a jailbroken phone. Thanks to those who pointed this out.

It seems that Apple wants to make their iPad successor/iPad 2 a complete tablet to compete with the rest of the wave of tablets that are coming out this year.

Apart from the USB drive functionality, here are the predictions for the iPad 2.

There have also been rumours that the iPad 2 comes with iOS 5. But we haven’t received any confirmation yet. But we are hoping that they will at least give us a preview of the iOS 5.