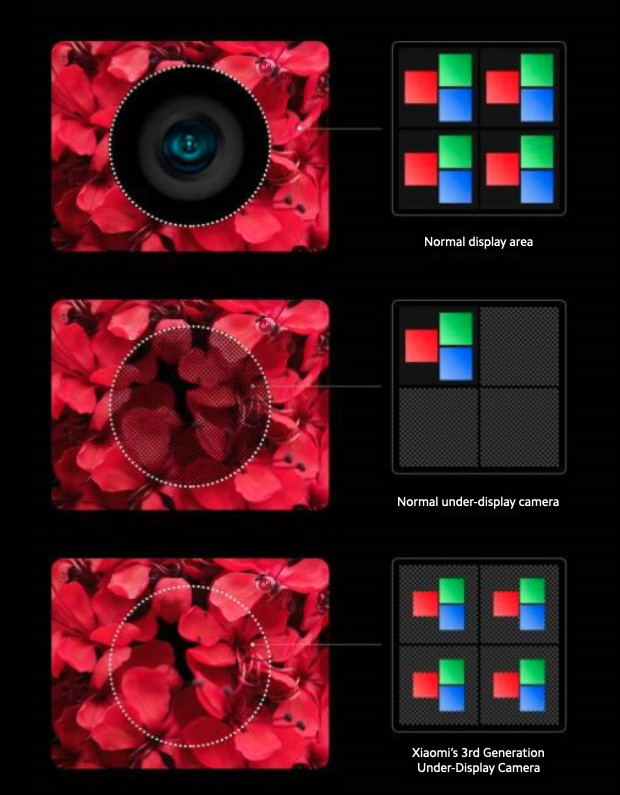 In the third generation, the OLED screen is almost opaque. To achieve transparency, a special pixel arrangement has been adopted in the camera area under the screen, which allows the screen to pass light through the gap area of sub-pixels.

Regarding this, Xiaomi said:

Xiaomi’s 3rd Generation Under-Display Camera Technology allows the screen to pass light through the gap area of ​​sub-pixels, allowing each single pixel to retain a complete RGB subpixel layout without sacrificing pixel density. Compared with other common solutions on the market, Xiaomi has doubled the number of horizontal and vertical pixels, achieving the same pixel density above the camera as on the rest of the display area. Thus, the area above the integrated camera demonstrates the same brightness, color gamut and color accuracy as the rest of the display.

Xiaomi says that the 3rd generation under-screen camera technology is ready to enter the mass production next year, so we can see smartphones with this tech in 2021.