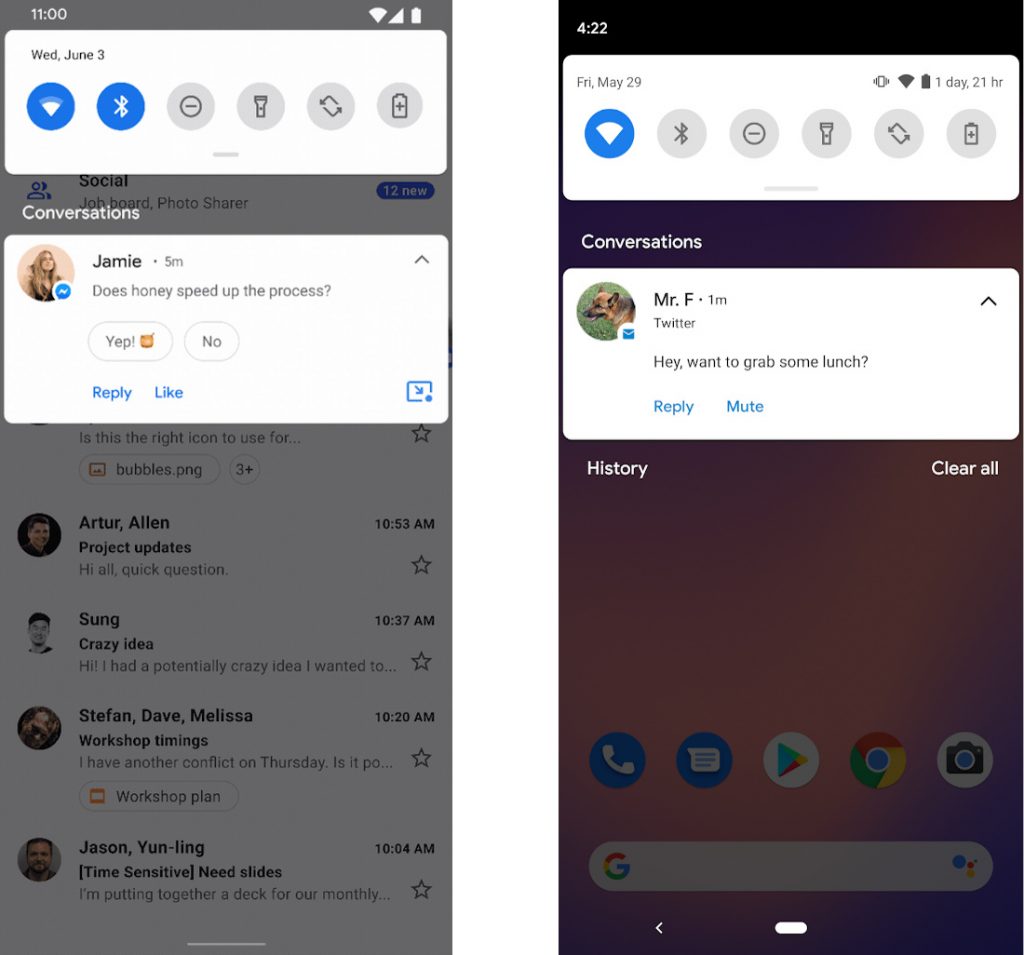 Google released its Android 11 Beta to the public on June 10th, and one among its major updates was a change where all conversations from messaging apps were grouped into a dedicated space in the Notifications screen. Google has now announced collaborations with Facebook and Twitter to help integrate Messenger and Twitter DMs respectively with Android 11’s Conversations API.

It is easy to draw parallels between Android 11’s bubble chat feature and Facebook Messenger’s chat bubbles. The two features function similarly,  but have one major difference – Android 11’s Bubbles API is built natively into the system’s Notifications API, while Facebook’s implements it using the SYSTEM_ALERT_WINDOW in Android. Using the Bubbles API results in much less complexity in implementing and maintaining Bubbles in the Android UI.

Twitter will be migrating their Direct Messages feature to Android 11’s Conversations API too. They are exploring the many features offered with the API, like for example, using the MessagingStyle Set to allow Twitter DMs to surface in the Conversation space, and also testing newer features like auto-generated replies for notifications.