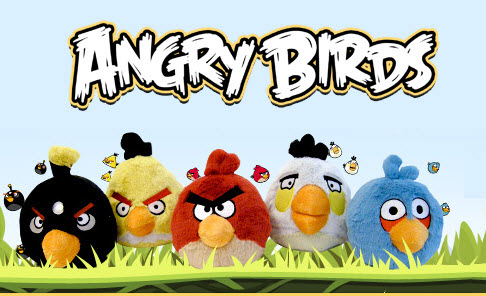 Angry Birds is one of my favorite game and I’m seriously addicted to it. Not only me, but people all over the world love playing this game for countless hours on their smartphones. Angry Birds is already available on iOS, webOS, Android, Maemo and Symbian^3 smartphones, but the Windows Phone 7 users are still dreaming of playing this amazing game on their handsets. Now we have a good news for the Windows Phone 7 users. Rovio recently confirmed that, its popular Angry Birds game will arrive soon on the WP7 devices.

Our friends at Pocket-Lint, recently had a conversation with the “Mighty Eagle” Peter Vesterbacka of Rovio Mobile at the Mobile World Congress 2011 in Barcelona, where he confirmed that, their team is working on the WP7 version of the Angry Birds. This is definitely a good news for the WP7 users, but we have another great news for the 3D smartphone users. Peter Vesterbacka also confirmed that, a 3D version of Angry Birds will be launched soon for smartphones with 3D capabilities.

“We’ve built a lot of 3D games before, it’s not like it’s a lot of learning in order to recreate the technology with Angry Birds,” said Vesterbacka.

However, he hasn’t revealed any details regarding the supported devices and the release date. Let us know your views regarding the Angry Birds 3D, in the comments section below.