With the launch of the Android 11 Developer Preview for Pixel devices, Google is showing its commitment towards making user location data more safe and transparent to users. They have announced a bunch of changes in the preview that ensures unnecessary access to a users’ location is limited along with timelines for developers to adhere for their future app launches.

One of the main changes that users will see with Android 11 is the ability to share location access to an app just that one time. It is similar in functionality to how location permissions currently work in Apples iOS. With Android 10, Google enabled the option for users to allow an app to read location data only if the user was actively using the app. Before that, users could only either turn location access on or off. Soon with Android 11, Google is giving users the ability to only give the app their location data “Only this time”. This way, users can choose to not give an app its location data forever. 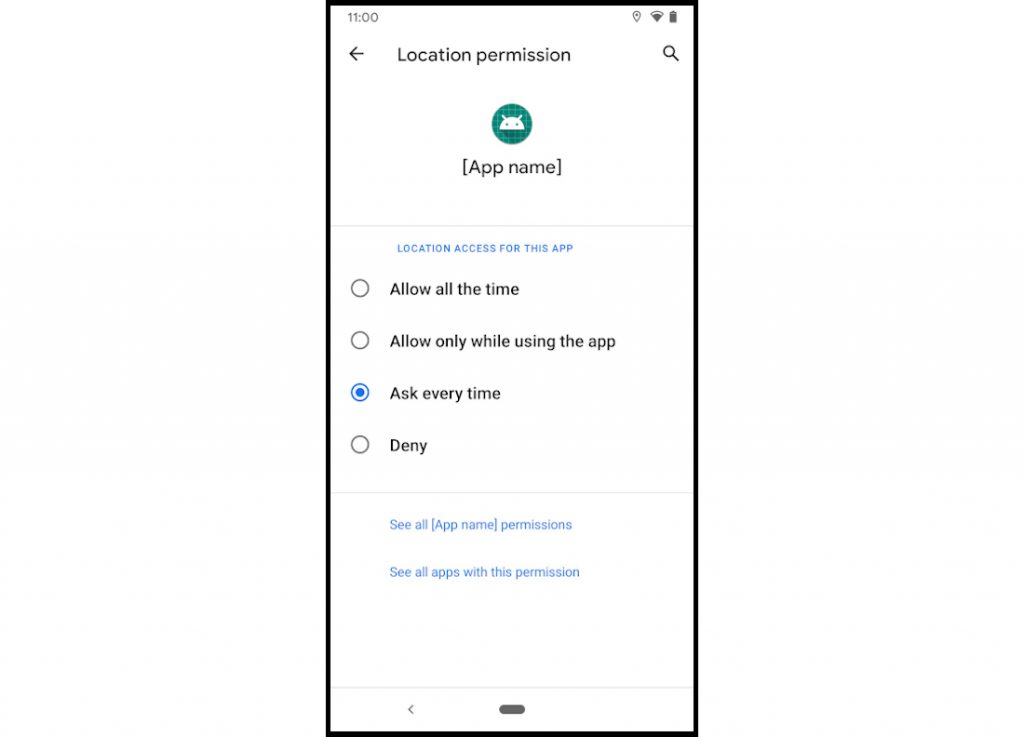 Another change is that if the developer wishes to have constant access to location data for the app, users will need to go to the apps’ location permission page (shown above) and then give explicit permission.

Google also noted that currently, apps would ask for location permission without really adding to the user experience, with the additional information. To combat this, Google will soon update its Google Play policy that will require developers to get approval from Google if they want to access background location data for their app. The timeline for this change will likely be as follows:

Google is definitely moving in the right direction regarding these location permissions in Android. With more and more apps misusing user location data, it is causing a lot of distress among Android users and it is welcoming to see Google’s commitment on the issue.