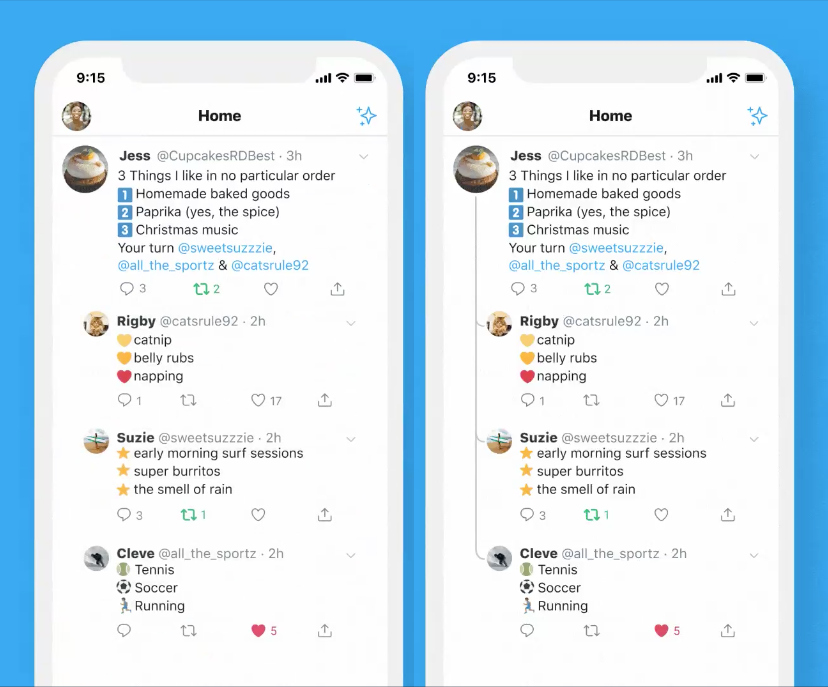 Twitter has been testing out redesigns of its feed in regards to replies to a tweet for a few months now. Today they announced that they are ready to roll out an update that will make conversations easier to follow with the new layout.

We’ve given conversations a makeover on iOS. When people you follow are in a conversation, you’ll see their replies in a new way in your Home timeline.

This new layout makes it easier to see who’s replying to who so you can join in on relevant conversations. pic.twitter.com/xNmnAtQFeI

With the redesign, users can now see who is replying to whom in a clearer way. The layout takes inspirations from Reddit with a conversation tree flow style. The replies are connected to the original tweeter via a link that makes it easier for users to follow the relevant conversation.

The feature had been in testing for a few months now, first noticed on Twitter prototype type app, Twttr. The feature was then spotted to being tested Twitter.com by Twitter reverse engineer, Jane Manchun Wong. It appears that the feature is now ready as Twitter has rolled it out to iOS users. It is unclear as to when will the feature come to Android users though, but we hope it is soon.