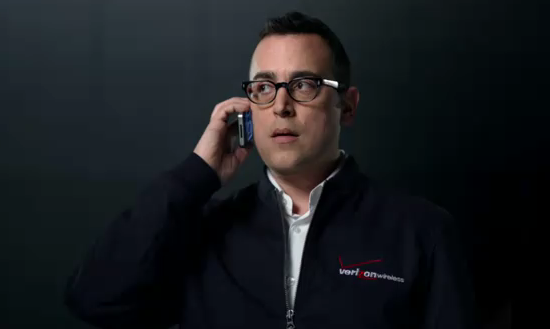 You know right? Verizon is the largest mobile carrier in the US and they have waited for nearly 3 years to get the iPhone on its network, which is a joke already. Now they are poking fun at AT&T’s network with a new promo for the iPhone 4. Look at that fat guy and his face. Its says my face is full of your sarcasm, eat that AT&T.

Take a look at the video below
Early reviews of the Verizon iPhone 4 call it better than the AT&T version except for Data speeds. Better late than never for Verizon ?