iPhone users will now receive new updates for WhatsApp, bringing welcome features like call waiting, a redesigned chat screen and improvements to the Braille Keyboard. The update comes directly to the stable version of WhatsApp along with the group privacy features that were released earlier this month. 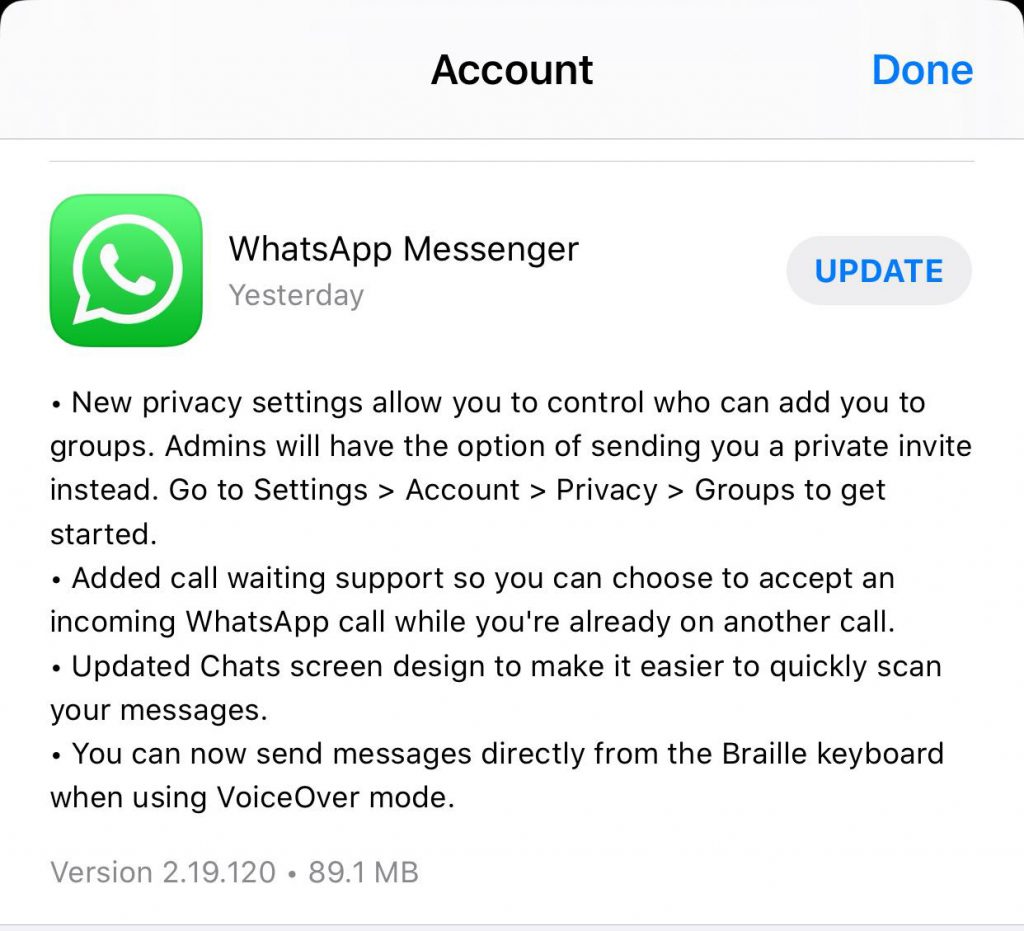 The highlight feature for in this update is the new call waiting support. Earlier users who were on a WhatsApp call would not be able to receive any other call through WhatsApp. Now, with call waiting support, users who are on a call already, if called by another contact, will receive a notification that enables to switch to the new call immediately or remain in the current call.

The other changes include a redesigned chat screen that makes it easier for users to scan messages in the chat quicker and also packs the ability to quickly send your messages directly from the Braille keyboard when using VoiceOver mode. The app changelog also contains the Group privacy updates that were released in an earlier update.

You can check out the new update via WhatsApp Messenger for iOS from the App Store here.