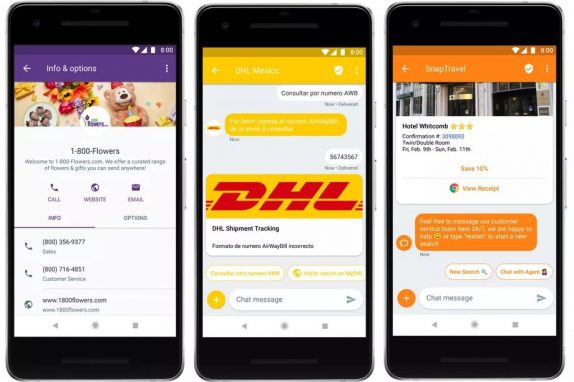 Google has been unsuccessfully trying for years to get in the chatting and messaging space. Their latest attempt is to upgrade their Android Messages app, that is currently working on SMS, to the new RCS standard.

RCS enables users to chat over Wi-Fi or mobile data, send and receive high-resolution photos and videos along with the capability of message received confirmations. Plus, users will get better group chats, with the ability to name groups, add and remove people to and from groups, and see if people haven’t seen the latest messages.

These new chat features have been in testing with a few users in US. Google in now rolling them widely to all android users by the end of the year. Users in UK, France and Mexico already have been using these features since the beginning of 2019. Google has confirmed that they will roll out RCS to more parts of the world soon. Some operators have been testing this in India, so it should be available widely in India as well in the coming months.

You can download Android messages from the Play Store here.