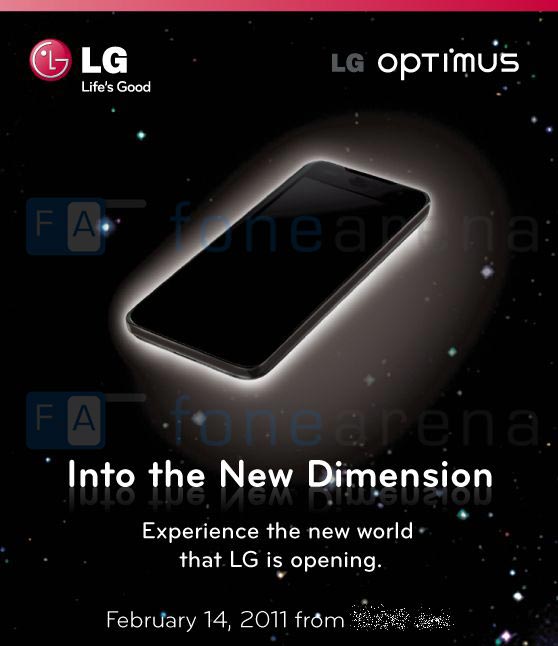 LG Mobile just sent an invite for it’s press conference at MWC 2011. The handset in the above pic looks a lot like the LG Optimus 2X but we can barely see anything else. Another high end phone from LG ?

The event is happening on Feb 14 , 2011 and the invite bears the words LG Optimus on the top right. Into the New Dimension and says Experience the new world that LG is opening !

What can it be ? Can it be the Glassless 3D Mobile Phone LG promised at CES ?

FoneArena should be reporting live from there ! stay tuned !