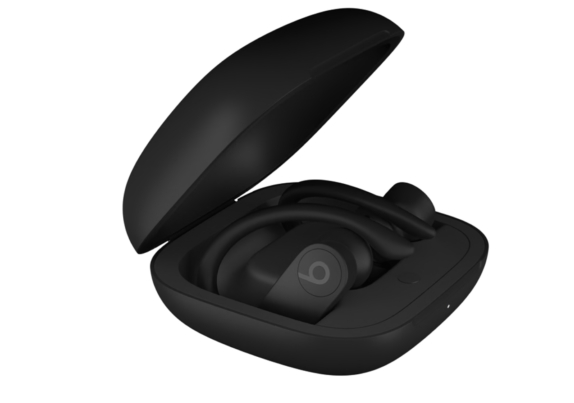 In the past few weeks, there were speculations on Apple launching a truly wireless version of its Powerbeats sports headphones. Today, the first images of the so-called Powerbeats Pro got surfaced online in iOS 12.2 update carrying the same look as existing Powerbeats minus the wire.

This comes in the iOS 12.2 update, which was released following Apple’s event. Moreover, the image shows that the headphones are housed in a Beats-branded charging case that will provide power. If the image appears to be true, the Powerbeats Pro will be expected in both black and white.

In general, Powerbeats are a popular alternative to AirPods due to their more workout-friendly design. It comes with clips to help each earbud stay in place as well. As per the reports, the upcoming Powerbeats is expected to offer better bass and water resistance certification.

The report also mentioned that the new Powerbeats will include the same upgraded H1 chip as the second-generation AirPods, as well as “Hey Siri” support. Having said that, the Powerbeats3 currently retails for $199, but are often available cheaper from third-parties.

All said and done, take this above information with the pinch of salt, since nothing is official and confirmed by the company. We are expecting more details about the launch and price in the upcoming days.