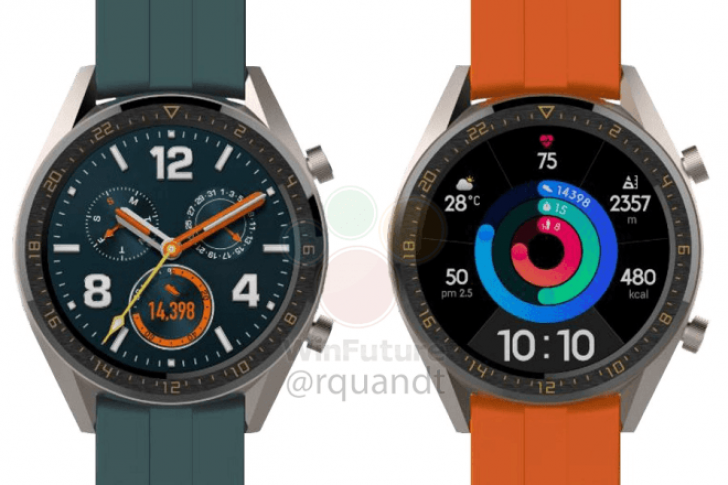 Ahead of Huawei’s P30 smartphone launch, two new smartwatches from its portfolio have been surfaced on the internet. As per the leak, the watch is dubbed as HUAWEI Watch GT Active and HUAWEI Watch GT Elegant.

Both the smartwatches are expected to launch along with P30-Series later this month. The ‘Huawei Watch GT Active’ (pictured above) and ‘Huawei Watch GT Elegant’ will reportedly have the same 1.39-inch screen as the regular GT watch, but with different bezel designs.

Having said that, there is no information on the specification front or the upgrade that smartwatches will bring to the table. In terms of software, both the wearable is expected to run the company’s proprietary Lite OS.