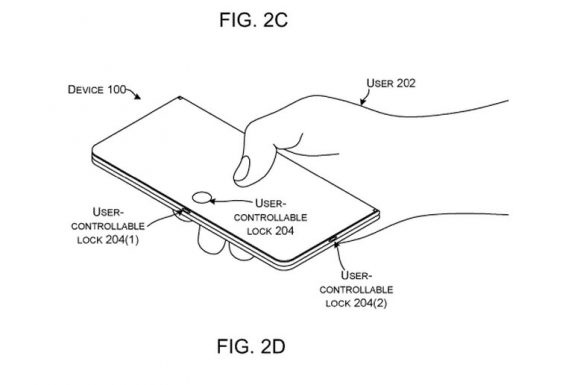 A new Microsoft patent filing hints at a twin-screen folding hinged device which is about the size of a smartphone.  The hinge connects two screens on the device which also shows that the company is still interested in new form factors for its hardware.

off late, we have been hearing reports and rumors regarding a Microsoft device with a large dual-screen device called Centaurus. This device may be part of its strategy to take on Chromebooks. There are rumors about a Microsoft foldable device called Andromeda, although it is not clear whether this is ever likely to appear.

The latest folding device patent from Microsoft reveals a few interesting features like a pop-up feature which allows the user to open the screen with a button on the outside. This ‘user controllable lock’ can be used to open the device enough to read a message displayed on the edge of the screen and then close the device again or open it further if they want to respond to the message or carry out another action.

The patent notes that the closed device can be very compact and carried in the user’s pocket. As with most patents, it doesn’t mean the device is likely to reach the market any time soon. But there’s still hope.