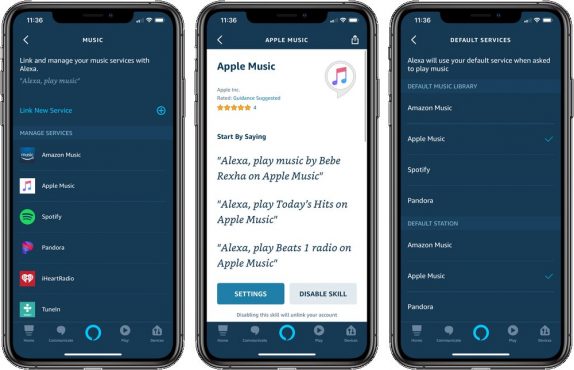 Alexa integration is capable of controlling your music playback, tell you about currently playing music, and even play Apple Music on speaker groups that you create in the Alexa app. However, you can’t yet control Apple Music with Alexa on non-Echo speakers like Sonos even if those speakers support Apple Music on their own. Alexa also supports features that aren’t available on HomePod like setting alarms to music Amazon also supports music automation through a feature called Routines.