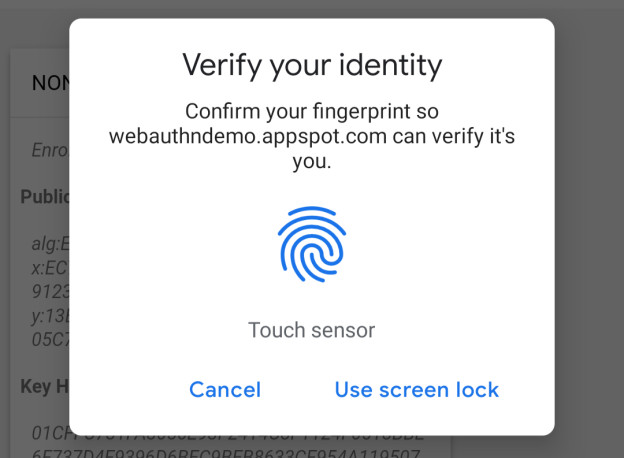 Chrome has been updated to V70 beta as the V69 is finally stable. This beta is not as big as the previous version but has security-focused features. Chrome 67 for desktop has added web authentications which will allow sites to use fingerprint or a Bluetooth key as the sole login method. This API is now enabled by default on Android.

From now when you visit a site that supports web authentication Chrome will prompt you to use a security key. Google says that fingerprints will also work. Though there are many ways for web pages to read barcodes, or identify faces with the help of machine learning, since they have an effect on performance, Google is adding its own shape detection functionality to Chrome.

The Shape Detection API is present in Chrome 70 as an “origin trial,” meaning it’s not ready for widespread use. The API can detect three types of objects in images; faces, barcodes, and text. However, for now, compatibility varies from platform to platform, because this requires the host operating system to have the proper object detection APIs.

Furthermore, the Transport Layer Security, or TLS, is the protocol that allows data to be transferred over the internet securely. Chrome 70 includes support for version 1.3 of TLS. It improves both efficiency and security. Fewer round-trips are required to establish a secure connection, so you might see a slight improvement in load times.

Other changes include the decoder for AV1 video is now enabled by default on all platforms, speech synthesis API will no longer work unless the page has already been interacted with. If a page is in fullscreen mode and displays a popup, the page will now exit fullscreen. You can download the Chrome 70 beta APK from here and side-load it manually if you have not signed up for beta in the Play Store.