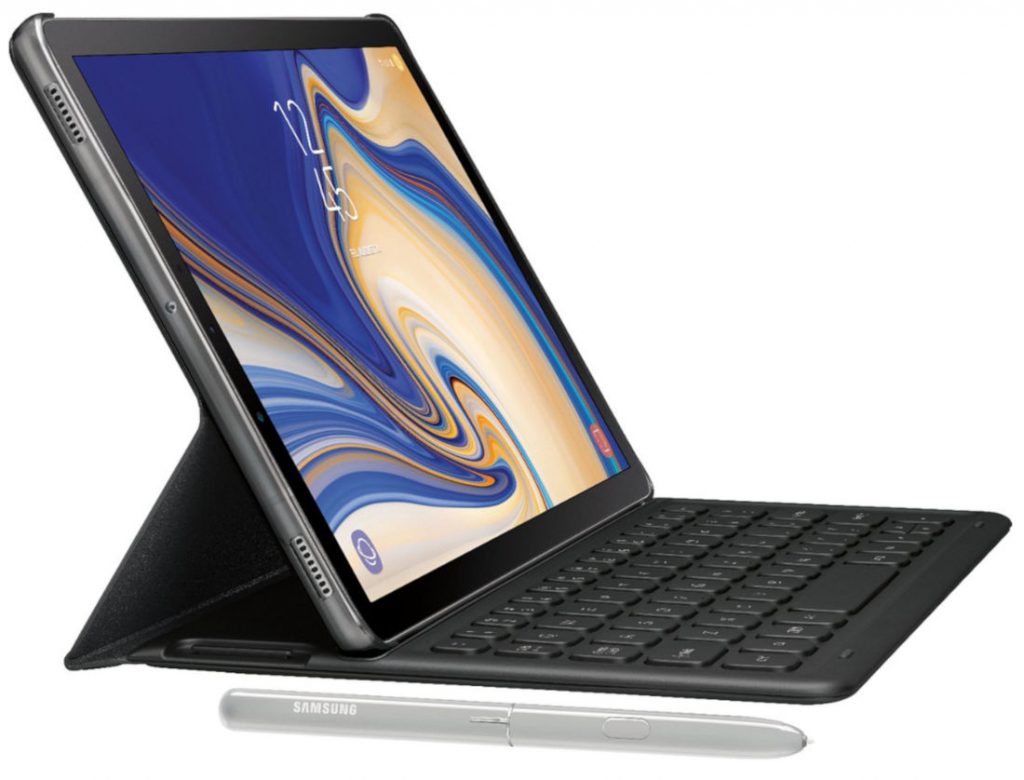 Update – July 11, 2018: A new render of the tablet shows white version with optional keyboard cover, thanks to @evleaks. This has black bezels on the front and the back is in white. The S Pen bundled is also in white color and is different compared to the one that came with the Tab S3. 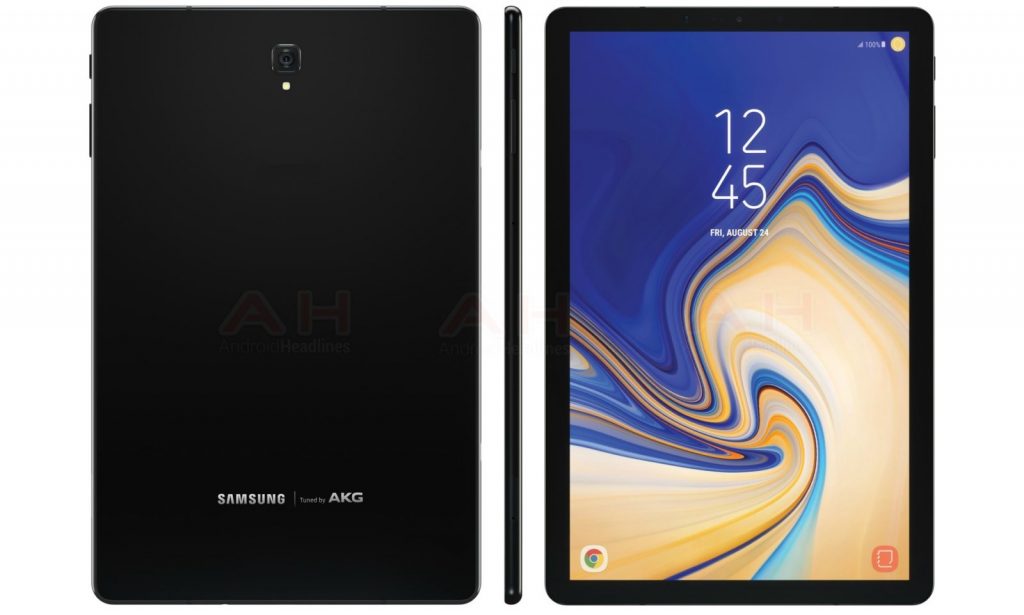 Earlier: Samsung Galaxy Tab S4 has been in the news for a while now, thanks to benchmarks, WiFi, Bluetooth, and FCC certifications. But one thing that has been missing is the look and design of the tablet. To fill that void, we now have our first look at the device as an official render of the tablet leaked, showing both its front and back.

The first striking thing about the tablet is the thin bezels when compared to the Galaxy Tab S3. Look closely and you won’t notice a physical home button and this means larger display area, hence a different aspect ratio as well. This also raises questions about the existence of a fingerprint sensor and since it is not seen even on the rear side, will Samsung go for under display fingerprint sensor or will the sensor be side mounted? is the question that needs to be known.

On the rear side, you can see Samsung branding along with Tuned by AKG” logo and this is a slightly different picture compared to the recent FCC image that surfaced online. Samsung might have likely used a Tab S3 placeholder image for FCC filing. The power and volume buttons on the side remain in an identical position to the previous model. Furthermore, the tablet is also said to feature a 10.5-inch WQXGA display (2560 x 1600 pixels) with 16:10 aspect ratio.; meaning it will be a larger display compared to previous Tab series tablets.

On the front, you will see a front-facing camera, along with other sensors – Iris scanner could be one of them. It will be powered by the Qualcomm Snapdragon 835, 4GB/64GB, a 12MP rear and a 7MP front shooter. As for the battery, it will pack a 7,300mAh capacity and Android 8.1 (Oreo) with Experience U.I. There is no confirmation about the rumored launch date just yet, but we may see it getting unveiled at the IFA 2018.