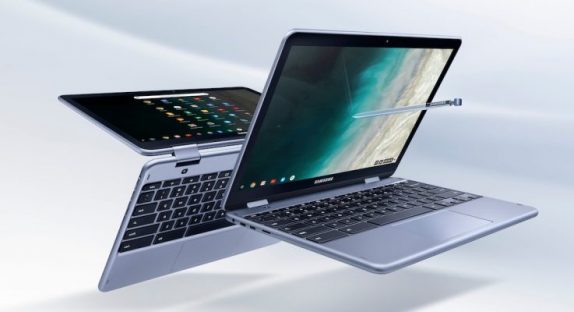 Samsung today has announced an upgrade to the Chromebook Plus, the new version; V2 comes with front and rear cameras, built-in pen, and an Intel Celeron processor. It sports a 12.2-inches 1920×1080 resolution screen that transforms it from notebook to tablet to sketchbook. Since it is running on Chrome OS, you have access to Google Play Store and tons of apps. 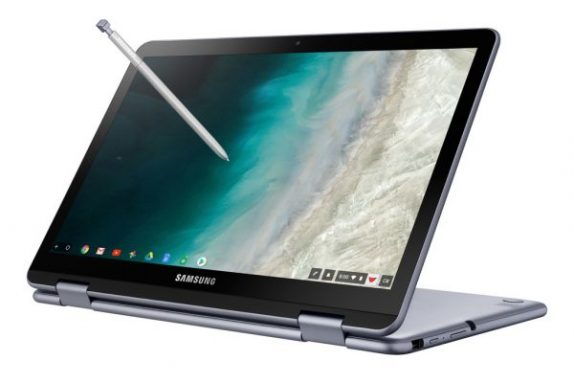 The Samsung Chromebook Plus (V2) sports a 12.2-inches Full HD, 300nit, touchscreen display and is powered by the Intel Celeron Processor 3965Y with Intel HD Graphics 615. It packs 4GB RAM and 32GB internal storage with a microSD card slot that can be expanded up to 400GB. It also comes with a built-in pen for the precision of the stylus. Ports on board include 2 x USB-C with 4K display out, optional adapter, Charging, 1 x USB3.0, and microSD card reader.

Today’s consumers want to be able to maximize their communication while also expressing their creativity wherever they are, and the new Samsung Chromebook Plus fulfills that need. For those who choose Chrome OS, we wanted to give them a lot of reasons to choose the new Samsung Chromebook Plus, as it is designed especially for people who never stop moving, to match their pace and magnify their creativity.