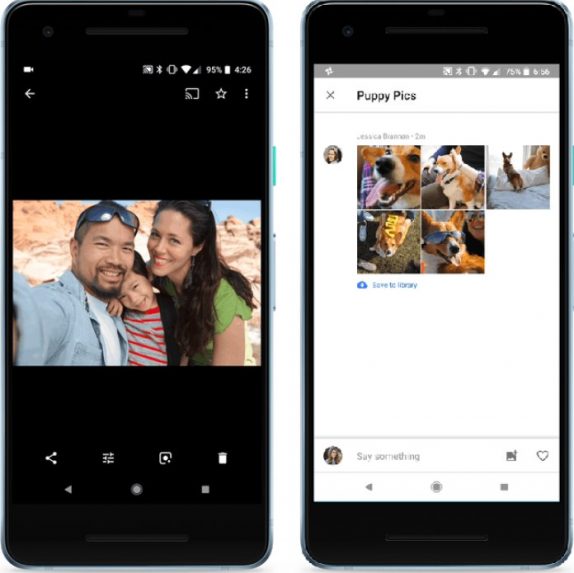 Google constantly and consistently keeps pushing updates to its flagship apps, and today it is the Photos app. The app has received the ability to mark photos as favorites with stars and hearts. This makes it easier to view all the favorited pictures in one place instead of scrolling through numerous pictures.

It is also getting the new ‘Heart’ reaction which you can give to the photos in the shared album. As you would expect, once you are starring pictures, a Favorite album is created, this feature is rolling out later this week to everyone, so if you don’t see the Star icon just yet, don’t panic, it is coming. At the I/O early this month, Google introduced a bunch of new AI features including the AI-suggested quick edits, color pop, and the ability to colorize old images.

On the other hand, the ‘Heart reaction’ feature will be coming soon with no timeframe mentioned by Google, so keep an eye out.