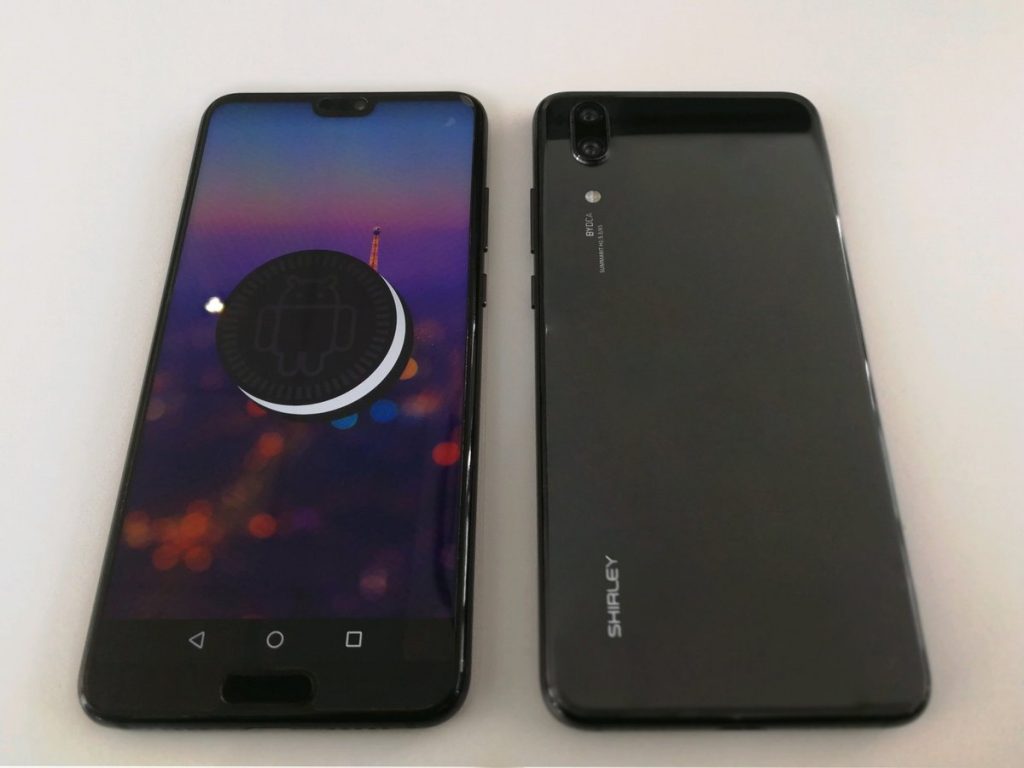 Huawei might have skipped the P20 series announcement at the MWC 2018, but the news about the flagships never stops coming. Today we see the freshly surfaced image of the P20 courtesy of popular leakster Evan Blass. Unlike the Pro model, the base P20 is said to have dual-rear cameras.

The Huawei P20 recently surfaced on certification site revealing the dual rear Leica cameras, top-notch matching with the today’s leaked image. According to the latest picture of the P20, we can clearly see the iPhone X-like top-notch that we have seen in the P20 Lite and the fingerprint sensor is present on the front instead of back unlike the P20 Lite. Furthermore, it also shows dual rear cameras with LEICA lenses, and glass body design.

We hear rumors that the phone will run Android 8.1 Oreo with EMUI 8.1 on top and is expected to be powered by Kirin 970 SoC. Rest of the specifications remain a mystery for now, but we should know more details as we move forward. The Huawei P20 announcement is scheduled to take place in Paris on March 27th.