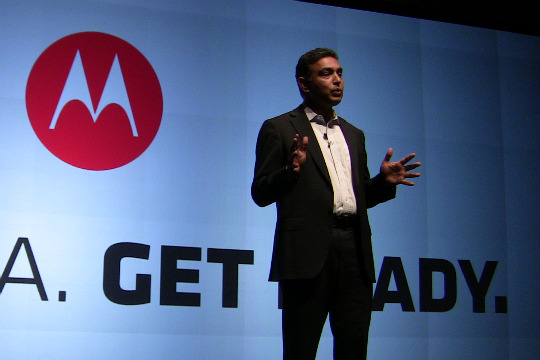 Yesterday, Motorola officially revealed the Droid Pro, which is a new addition to Verizon’s Droid Family. The Droid Pro is really different from other Droid models. The Droid Pro comes with a portrait QWERTY keyboard and a touch-screen display. Droid devices on Verizon comes with full-touchscreen display, so why Motorola is launching a Droid device with a different form factor on Verizon? Actually Motorola is trying to attract some Blackberry users to Android. Motorola Droid Pro comes with a Blackberry-look, and Motorola CEO Sanjay Jha said that “34% Blackberry users want to switch to Android”. Motorola Droid Pro is actually made to attract customers who love using Blackberry-type device, and I hope Motorola’s new idea will work. Have a look at the video after the break, and tell us that are you ready to leave your Blackberry device for the Droid Pro, or any other Android device?

via Android and Me