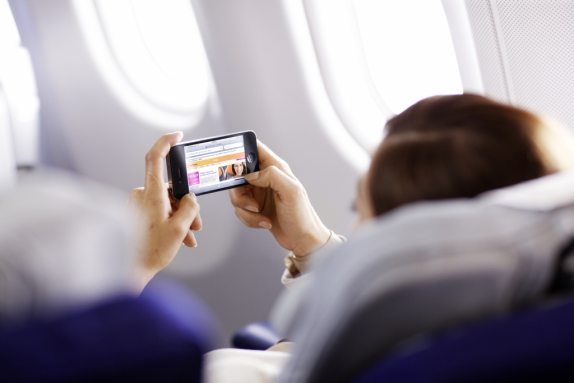 Telecom Regulatory Authority of India (TRAI) today released recommendations on ‘In-Flight Connectivity’ paving the way for in-flight internet connectivity. In the recommendations, TRAI said that both IFC and MCA (Mobile communication on airspace) service should be permitted within minimum height restriction of 3000 meters in the Indian airspace.

The Department of Telecom (DoT) sought views of TRAI with a proposal to introduce voice, data and video services over Indian airspace for domestic, international and overflying flights in Indian airspace on August 10, 2017. TRAI was also asked for recommendations, terms and conditions and other issues including entry fee, license fee, spectrum-related matters including usage charges and other states.

In the in-flight connectivity onboard is provided by the IFC service providers who need to be created at annual Licence Fee of a token amount of Rs. 1 and get itself registered with the DoT. TRAI after analyzing the comments of stakeholders in its recommendations mentions that IFC doesn’t necessarily be in Indian entity and the internet Services through Wi-Fi onboard should be made available when electronic devices are permitted to use only in flight mode.

The IFC provider can start providing IFC (In-Flight Connectivity) services, after getting the necessary arrangement with Unified Licensee and having appropriate authorization. Regulatory further said that the IFC provider could use either use INSAT systems (Indian Satellite System or foreign satellite capacity leased through DoS) or foreign satellites outside INSAT systems in the Indian airspace. The regulatory requirements for IFC (In-Flight Connectivity) services should be same for both domestic and international airlines.

It further added that routing of internet traffic through satellite gateway in India should be imposed regardless of whether the satellite is an Indian satellite system or not.

Spectrum neutral approach should be adopted subjected to the condition that the frequency bands have been harmonized and coordinated for their use at the ITU. TRAI mentioned that framework recommended for IFC services in Indian airspace would apply to all types of aircrafts.