Facebook-owned Instagram seems to be following the footsteps of WhatsApp and Messenger as new ‘Show Activity Status’ feature shows when a user was last active. You can now see when a user last used Instagram from the direct message screen.

The feature isn’t rolled out to everyone just yet and is currently being tested with a handful of users. It is a feature that is found on most Facebook-owned apps like Messenger and WhatsApp. From the direct message screen, you can see the activity status of people you follow or previously chatted with. 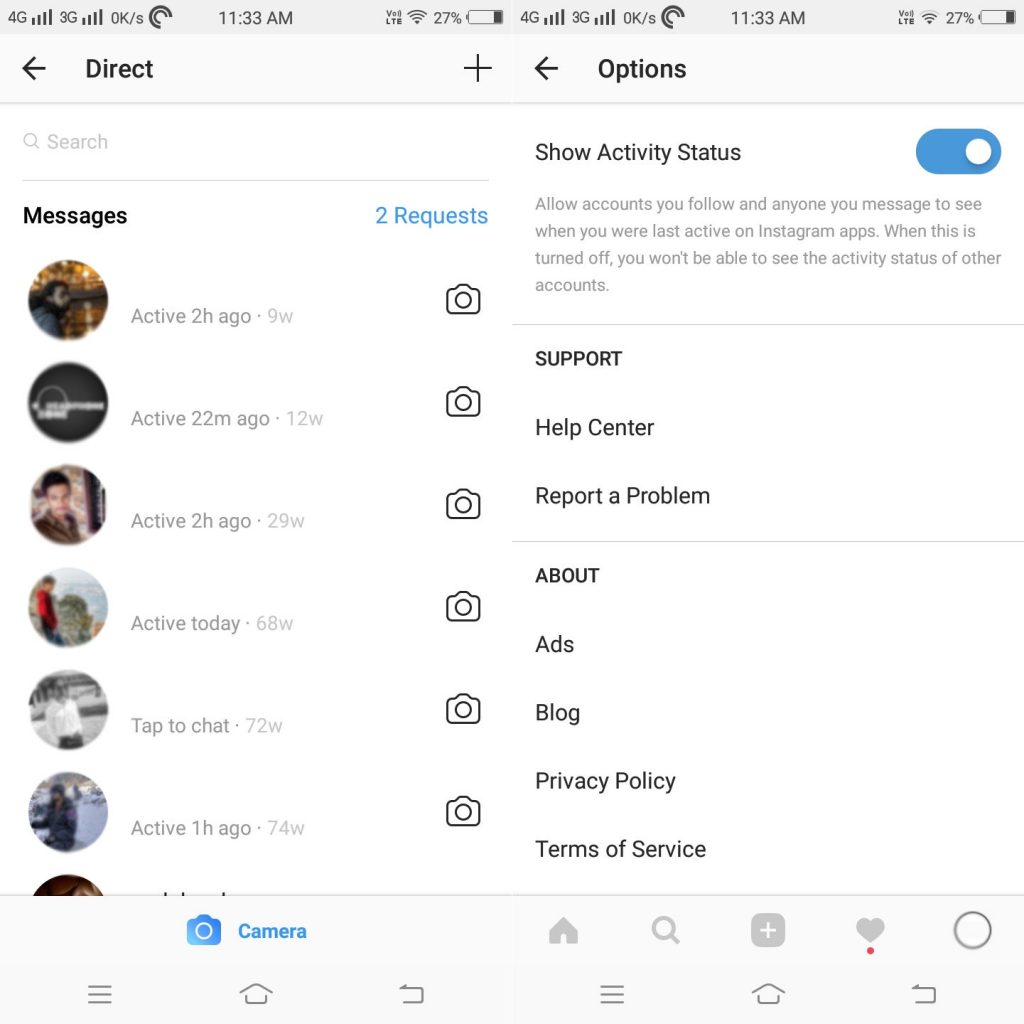 However, for now, though, you can disable this from the account settings if you wish to no reveal your activity status, but disabling the option comes at a cost. You won’t be able to see the activity status of others if you disable it yourself. Your followers cannot see when you were active last on Instagram, but the people you follow or have sent a direct message will see be able to know when was the last time you were scrolling through the news feed.

The feature also gets specific enough to display “active now” status if you are using the app at that precise moment. While the feature can be seen in multiple prospectives, it is totally uncalled for since Instagram is known for having privacy. Since this is in the testing phase, not everyone will be able to have access to this year, but having said that, it should be rolled out very soon for both Android and iOS users.