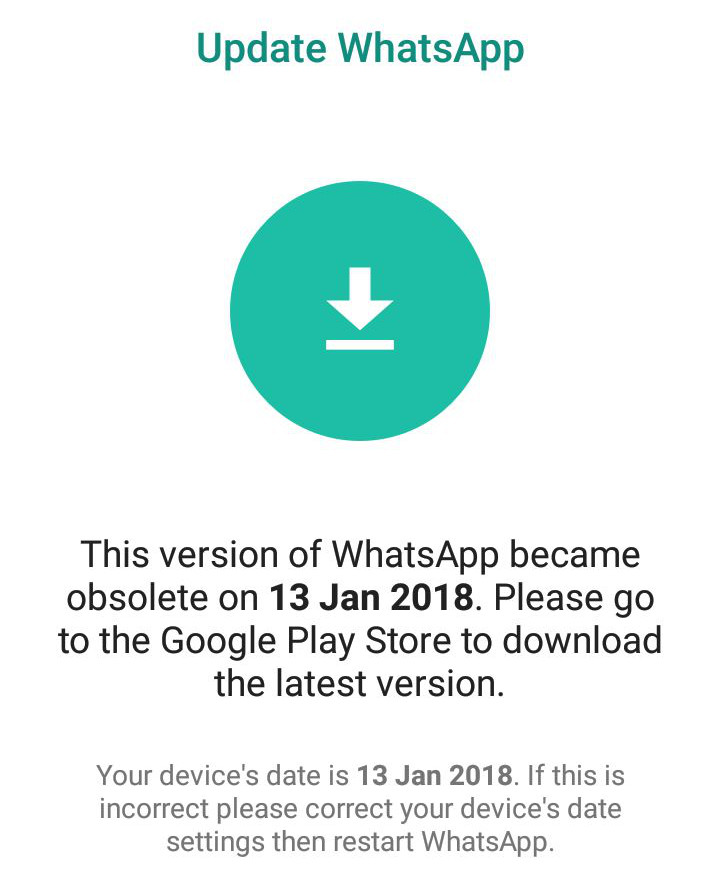 On January 13th several WhatsApp users faced an issue when they opened the app that said the WhatsApp version became obsolete and asked them to download a new version from the Google Play Store, however the Play Store showed that they have the latest version of the app. 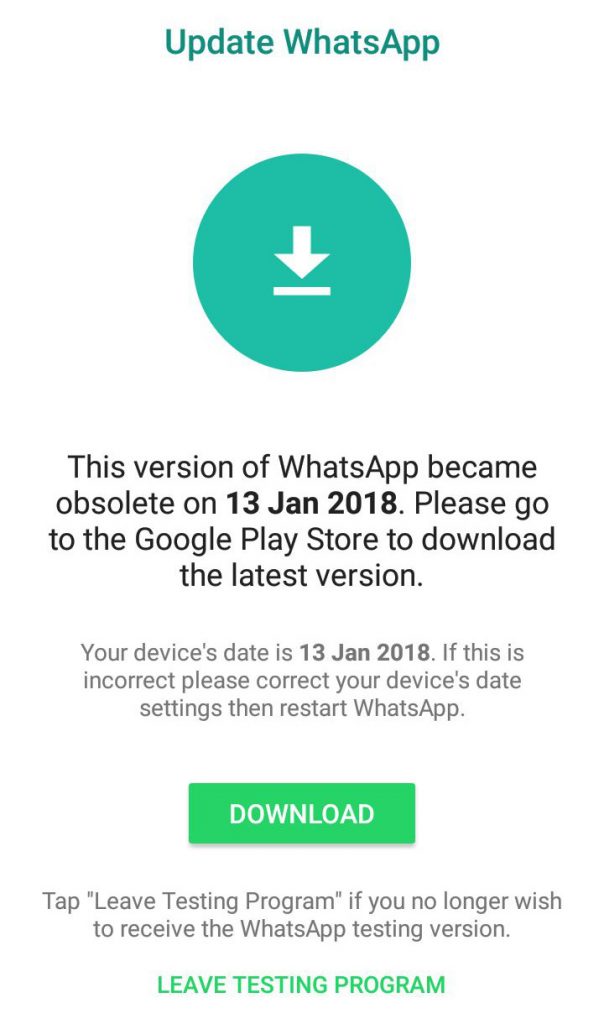 It also showed some users an option to “Leave Testing Program” but nothing happened when they click it. Several users have said that they have fixed the issue without losing data by manually installing a new version of WhatsApp from Whatsapp.com/android on top of the existing app. Some said that changing the date to January 12th, taking backup and reinstalling the app again worked for some.

WhatsApp said that the issue is being fixed on the background and was caused due to a problem with how the app is distributed, which is not under its control. The latest version of  WhatsApp on Google Play is v2.17.231, which was updated on January 10th.

Regarding the issue, in a statement, WhatsApp said:

On background, this is an issue that’s being fixed. It was a problem with how our app is distributed, which is not under our control.

Are you facing this issue? Were you able to fix it by installing the new version from the website? Let us know in the comments below.