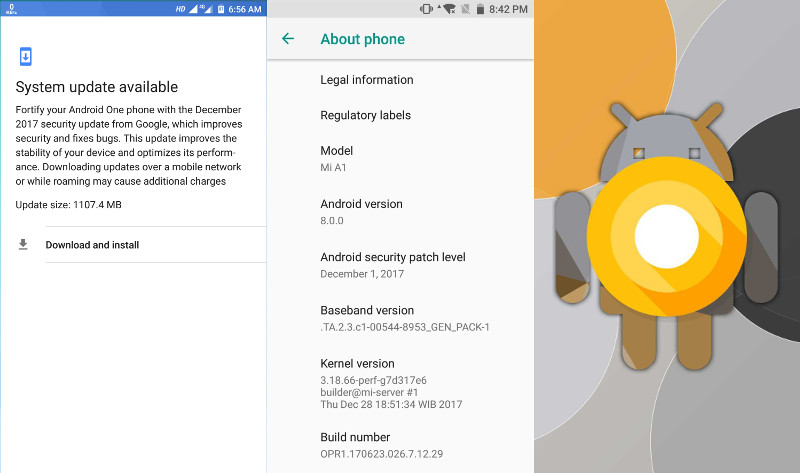 Xiaomi launched the Mi A1 Android One smartphone in India back in September running stock Android 7.1 (Nougat) in partnership with Google. After beta testing the update earlier this month, Xiaomi has started rolling out stable update for all the users today, just before the year ends, as it had promised at the launch. This will be one of the most affordable Android smartphones to get the Android Oreo update. Xiaomi already said that it will also be one of the first phones to get Android P.

The update is 1107.4MB in size and still has Android security update for December, 2017 and not the January update that was available with a recent beta .  You need to be running v7.12.19 (Android N) to get this v7.12.29 (Android O) update, which is rolling out in batches for all the users.