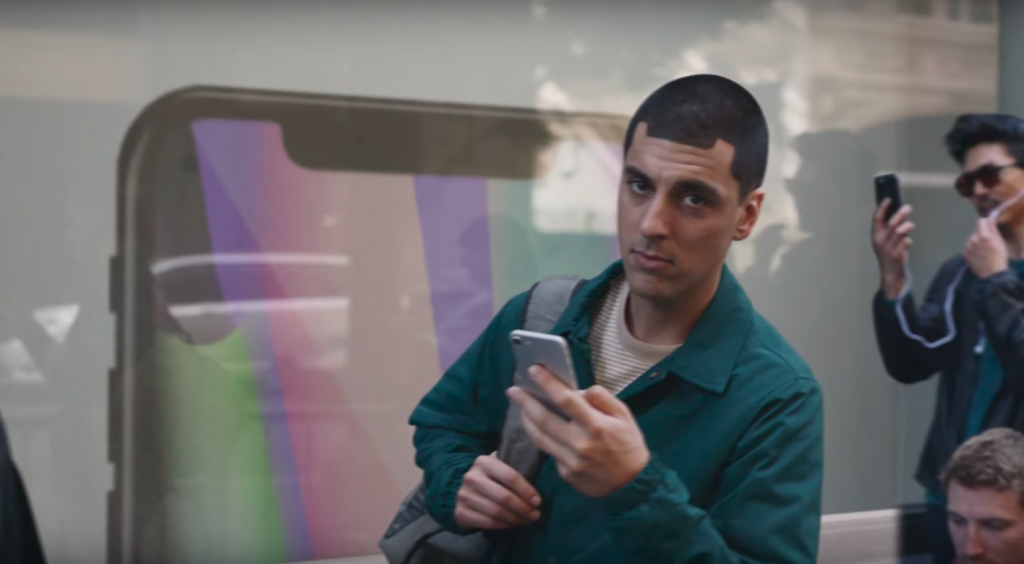 The iPhone X is now officially available for purchase worldwide in around 55 markets. Just as the sale began, Samsung is out with a new advertisement for its Galaxy Note 8 while mocking the iPhone X top notch, lack of  3.5mm headphone jack and more. The ad is called ‘Grow up with an upgrade to Galaxy.’

The advertisement progresses through several iPhone launches in the past mocking each of them with features and changes that it lacks. It starts with the iPhone 3GS being mocked for its lack of expandable storage and the iPhone 5s for not supporting a stylus. In 2015 timeline, Samsung showcases a bunch of people standing in line in the rain most probably indicating the iPhone 6s.

In 2016, Samsung takes a dig at Apple for not being water-resistant. However, the iPhone 7 and 7 Plus released around the same time does come with water resistance, and finally, Samsung hits at the iPhone 7 for not having the 3.5mm headphone jack and not supporting Qi wireless charging support. Though the recently launched iPhone 8 and iPhone X does have Qi support.

The ad ends showing an iPhone user ultimately ends up switching to Samsung’s Galaxy Note 8 and goes past by someone who is standing in line wait for the iPhone X and rocking the iPhone X style notch-shaped haircut. For Samsung, this isn’t something new, as the company time-on-time comes out with ads that mock the latest and the greatest coming out from Apple.