Xiaomi launched Redmi 4 running MIUI 8 based on Marshmallow and also announced Nougat preview for Redmi 4 in the same event back in May, Nougat based MIUI Beta ROM was rolled out to Global Redmi 4 users in August. 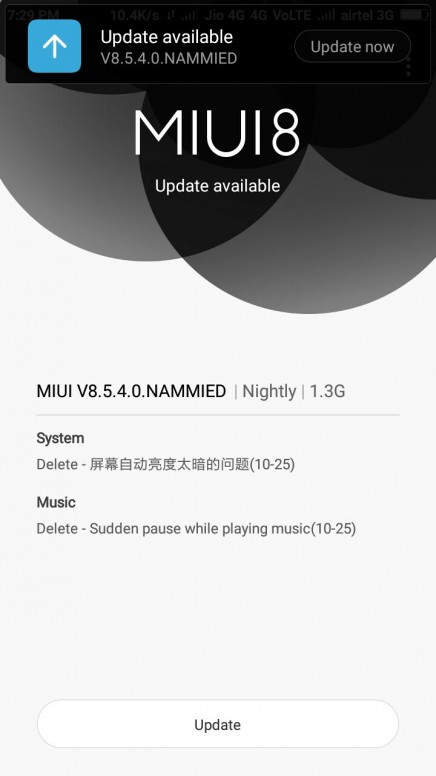 Now, some users are reporting that they have received a new OTA update as Nightly build on their Redmi 4 devices. The new update comes as MIUI version 8.5.4.0.NAMMIED and is of 1.3 GB in size. The MIUI 8.5.4.0 comes with September security patch and updates Redmi 4 to Android version 7.1.2 N2G47H.

Xiaomi releases Stable Nightly updates to random users to get feedback from users and the same update is rolled out to all users as a Stable build if feedback goes well. Xiaomi is also asking for feedback from the users who have received this update, incase you have got update on your device you can submit your feedback here.

Do note that MIUI 8 doesn’t support Native Nougat features like Split Screen and Quick Switch, these features are supposed to arrive with MIUI 9 launching this week.