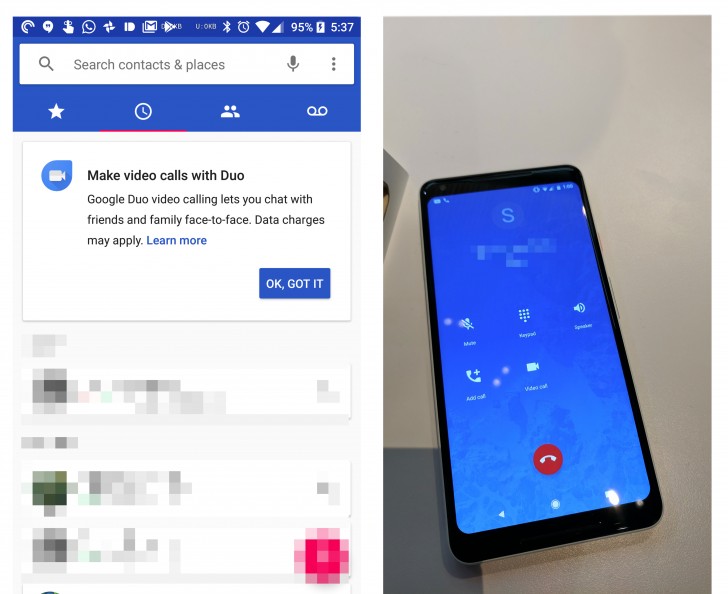 Google’s Duo and Allo apps have received several updates this year with new features and improvement. In June, the video calling app was integrated to Allo allowing users to make a Duo call right inside from Allo chat app. Now, Google is looking forward to integrate Duo into the dialer, SMS, and contacts applications.

With the integration, you will now see a video icon next to a contact’s name who is already using Duo. Tapping on the video call button will initiate a video call via Duo. Google has also added the ability to check Duo calls in the dialer’s history alongside phone call logs in the latest update for Google Dialer. This new integration is live in version 13 of the Google Phone app. The Duo integration is also expanded to SMS app, Android Messages, as well as its Contacts application.