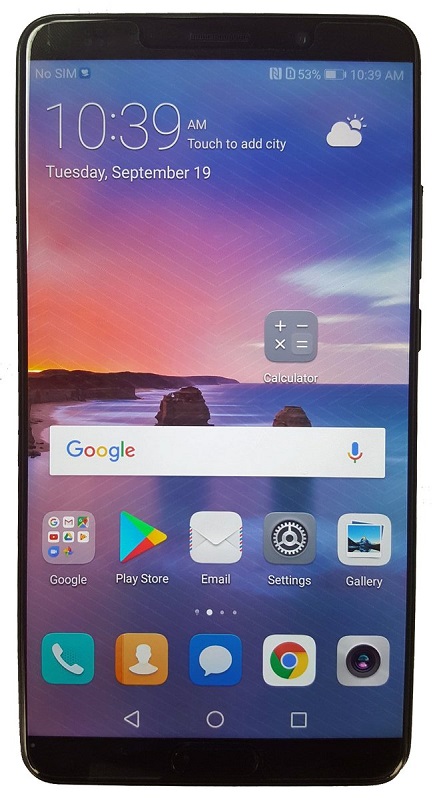 Huawei is all set to unveil Mate 10 and Mate 10 Pro at an event on October 16. We have already seen several reports and leaks about the specifications of the phone. Now, live image of the Mate 10 has surfaced thanks to the popular tipster @evleaks aka Evan Blass.

Here's Mate 10 in the wild, via tip. pic.twitter.com/yFzIVoxokH

Blass shared an image via Twitter that offers a clear look at the design of the Mate 10. As per earlier reports, the Mate 10 will sport a 5.99-inch Quad HD full-screen display offering high screen-to-body ratio. The phone has a narrow home button below the screen, slim bezels to either side of the display. The power button and volume rockers are also seen on the right side. It is also expected to feature a unibody metal design and dual rear cameras at the back.

In related news, Huawei has teased the Mate 10 in a video where it take a jibe at Apple. The recently launched iPhone X is the first iPhone to feature a facial recognition technology that it calls Face ID. The video claims Huawei will unveil the “real AI phone” on October 16.